Every year, millions of parents pay to place their children in youth sports programs in hopes the child eventually will develop the skills need to earn a coveted athletic scholarship that pays for college.

The NCAA has some sobering news for those parents: just over 1% of high school athletes (1.3%, according to statistics from the NCAA) receive full or partial athletic scholarships. And just as important, those scholarships are not guaranteed for four years.

That means that if your child joined a youth sports club with 100 members, it’s likely only one of them will be good enough to get an athletic scholarship.

And the other 99 probably will spend enough money on uniforms, equipment, registration fees, hotel rooms, food, training and other miscellaneous expenses to fund a very comfortable four-year existence at any public university.

It’s worth noting that NCAA rules mandate that college athletes spend no more than 20 hours per week practicing their sport. However, athletes themselves report that they spend 34-39 hours a week. That’s 34-39 hours a week during the season and during the offseason playing and training for a sport, while juggling class and social schedules at the same time.

However, if your child is among the elite in their chosen sport, there is an incredible of amount of financial aid available. Division I and Division II schools provided more than $3 billion in athletic scholarships in 2017 to just over 175,000 athletes. That averages out to $17,142 per athlete, but there are a couple of catches to that equation, the most obvious one being that not every athlete is going to get $17,142.

While most scholarship money comes from the college itself, there are some ways for student-athletes to receive funding from private sources. Many athletic departments have endowment scholarships set up by former athletes or alumni who support a specific sport or cause.

For example, the Jay Cutler Athletic Scholarship award five, $5,000 awards to incoming freshmen with Type 1 diabetes, who will be playing a competitive sport in college.

Another example is the Chick Evans Caddie Scholarship that goes toward tuition and housing expenses for more than 200 recipients at eligible universities or the “No Bull Sports” scholarship is a $5,000 award for women trying to achieve academic and athletic goals.

There also are awards sponsored by individuals or companies representing a region of the country or state such as the Hy Zolet Student Athlete scholarship awarded by the CollegeBound Foundation to athletes in Baltimore or the HP Hood Sportsmanship Award of $5,000 available to residents of Connecticut, Maine, Massachusetts, New Hampshire, Rhode Island and Vermont.

The NCAA defines a full scholarship as covering the costs of tuition, fees, room, board and course-related books, but only a very small number of college athletes receive all of that.

For example, men’s hockey can award 18 scholarships, while track and lacrosse give 12.6 and baseball 11.7. The average roster sizes for hockey was 28, track is 40, lacrosse 45 and baseball 35. Simple math – 18 scholarships divided among 28 players in hockey – says that most of that sport’s athletes are on partial scholarships. It is rare for even one athlete to receive a full scholarship in these sports.

Students who receive partial athletic scholarships must make up the difference in the cost of their education through grant aid money, academic scholarships, personal funds, student loans and/or work-study opportunities.

So, the next time you hear youth sports club coaches or administrators boasting about the number of scholarship players they have on their teams, realize that most of them probably are receiving 50% or less of what a full scholarship allows. They might get their tuition paid and maybe room or food, or more likely their books, but it’s extremely rare to have all of that paid.

Other Sources for Athletic Scholarship Funding

There are two more classes of college that athletes can attend and receive financial aid, the NAIA and NJCAA.

The NAIA stands for National Association of Intercollegiate Athletics. It is a group of schools with small athletic programs that focus on “character-driven athletics.” NAIA schools allow 60,000 students to participate in sports at the college level and award scholarships valued at $450 million.

The NJCAA is a group of 525 community college and junior college schools, meaning two-year schools where many athletes go to improve their academic standing, as well as their athletic skills. The NJCAA has three tier levels of competition with athletic scholarships offered in the top tier, tuition and room offered at the second level and no scholarships at the lowest level.

How Do You Get Recruited by Colleges?

In addition, federal law — specifically Title IX of the Education Amendments Act of 1972 — mandates that athletic scholarships be distributed in an “equitable fashion” between the sexes. Consequently, although men still receive a greater proportion of the athletic scholarship money, over the past few decades, a considerable amount of financial aid has been made accessible for women with athletic ability.

College athletic programs are classified according to a school’s size, budget, athletic facilities, competitiveness and the extent to which it can award scholarships based on athletic ability.

The NCAA recognizes three divisions and supplies some of the funds that schools offer their student-athletes:

The NAIA schools tend to be smaller than those in the NCAA, but some have strong programs that offer $450 million annually in athletic scholarships. In 2017, the NAIA had 250 member colleges and universities.

Many two-year community and junior colleges also award some athletic scholarships to student-athletes enrolled at the NJCAA’s 525 member schools.

Each year, there are roughly 180,000 athletic scholarships available for the NCAA’s D-I and D-II schools. The NCAA requires that a student-athlete meet certain academic requirements in high school, before becoming eligible for an athletic scholarship. Their amateur status must also be certified by the NCAA Eligibility Center.

It is important to understand that no scholarship is guaranteed for a full four years. Under NCAA rules, scholarships must be renewed every year and depend upon a student’s obligation to actively participate in the sport. They can be revoked for a variety of reasons, including poor performance on the playing field or in the classroom.

Before being granted an athletic scholarship, a student-athlete must first be noticed by an interested college or university. The best players are typically pursued by the schools that have enough money to able to scour the country for talent and can offer superior athletes the most attractive financial packages. The NCAA has strict policies that govern how and when coaches can contact these students, and those rules differ from sport to sport.

The majority of players have to be proactive in seeking out available opportunities if they hope to continue playing their sport at the college level.

These students can help themselves in the following ways:

Today, many high school athletes secure the services of professional recruitment companies that help guide them and their families through the marketing and promotion process that has become commonplace in the world of college sports. In addition, many books and websites offer tips, recommendations and sample letters to coaches.

Students who are not recruited by a school may be able to join a team as a “walk on” during the open tryouts that most sports are required to have. If accepted, they can then apply for an athletic scholarship in subsequent years.

Ivy League schools, and all NCAA D-III schools, are not allowed to offer athletic scholarships. However, if a student is planning to attend any one of these institutions, and the coaches view them as potential contributors to their programs, they may be awarded other types of merit or need-based scholarships. These scholarships may be larger than the athletic awards offered by D-I and D-II schools.

Top athletes who are the recipients of athletic scholarships will sign a National Letter of Intent (NLI), which is a binding agreement between them and the institutions they promise to attend. An NLI commits a prospective student-athlete to go to a particular school and play there for one academic year. In return, the school agrees to provide financial aid for that time period.

Should a student renege on an NLI and accept an offer from another institution, severe penalties can accrue, including being barred from all athletic competition at the new school for an entire year. 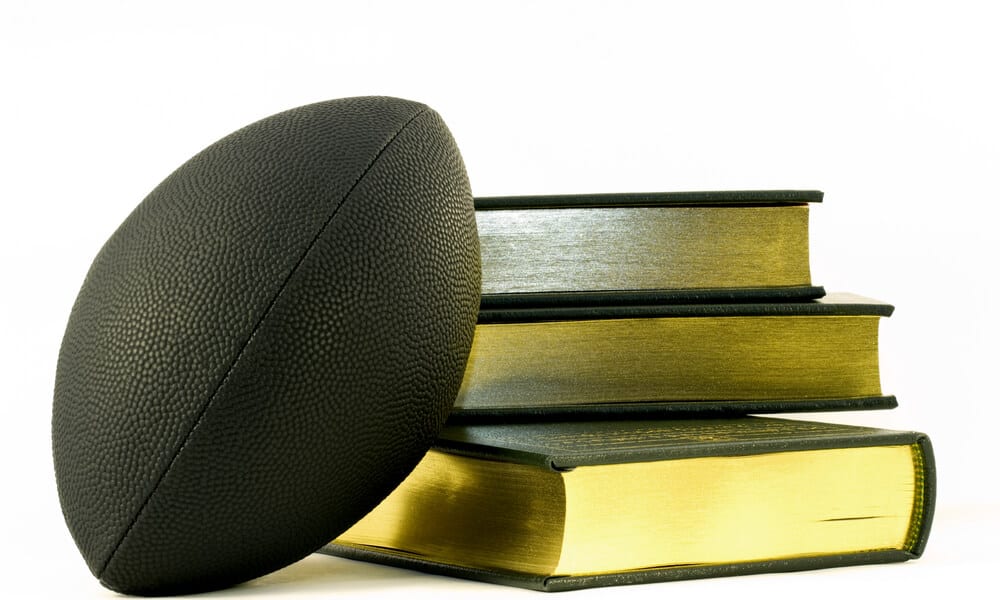