How to Refinance Medical School Debt

Refinance your medical school loans for a lower interest rate and lower monthly payments. Pay off your debt as fast as possible.

By clicking the button, you will be directed to the website of one of our affiliates who specializes in student loan debt. We receive a fixed marketing fee for providing this service.

Home > Students & Debt > What is the Student Loan Consolidation Program? > Medical School Loans: How to Refinance and Consolidate

As a doctor, you signed up to be our modern hero, the man or woman who takes on the ills of the world. Most folks love or respect you for it.

But you didn’t sign up for a crushing load of medical school debt.

You didn’t think you’d be paying off school loans until your hair was white as your coat.

A doctor in debt seems to violate a law of nature. Your patients see you as a miracle-working god in some realm beyond financial trouble.

Doctors, after all, make an average salary of $299,000 in the U.S., according to the latest figures compiled by the 2018 Medscape Physician Compensation Report.

Doctors are making more money now than ever, with big signing bonuses.

But docs are also piling up debt like 3 a.m. Vegas gamblers. The average doctor graduated medical school in 2017 with $189,000 in student loan debt, according to the Association of American Medical Colleges (AAMC).

That’s approximately the median cost of a house in the United States.

And that doesn’t count the $30,000 to $80,000 in student-loan IOUs you’re still dragging around from your undergraduate years at Big Tuition U.

So what went wrong?

You got hit with the same to-the-moon college tuition hikes as everyone else. Tuition runs more than $50,000 a year at most private medical schools.

Fortunately, your awesome earning power gives you a lot of options.

Let’s say you’re a doctor with the recent average of $189,000 in unpaid student loans. It’s an ordinary debt for your profession, but as an employed physician you have extraordinary power to escape the debt straightjacket, Houdini-style.

The good news is doctor’s pay is rising across the country.

Psychiatry is the hottest growth specialty, exceeding even plastic surgery. A shrink takes home $273,000 to listen to your troubles.

(No mystery in any of this: Who doesn’t want to walk around with a healthy ticker looking and feeling good? You get well rewarded to help make it happen).

Even if you’re at the so-called “low end” of the physician compensation pool, the $212,000 dished out to pediatric docs and endocrinologists, you may be poised to make your debt disappear more quickly.

During medical school, few advisors talked to you about “debt management, the principle of compound interest, and that it could take me the bulk of my professional career to pay off my student loans,” said Dr. Gary LeRoy, who spoke with Debt.org.

Dr. LeRoy is an Associate Professor of Family Medicine and Associate Dean of Student Afairs & Admissions at Wright State University in Dayton, Ohio. He’s also a spokesman for the AAMC.

Doctor debt comes in a lot of different forms. But yesterday is not too soon to learn about options to pay off your loans faster.

Refinance with a Private Lender

Refinancing your student loans with a private lender can save you a significant amount of time and money. For example, the standard federal student loan repayment plan is 10 years, 120 monthly payments at about 6% APR.

Look at the numbers:

If you’re paying 6% interest on $189,000 over a 10-year term, your monthly payments will be $2,098. Sure you can afford it, but you’ll end up putting $62,794 into interest payments. If you sped up student loan payments, you could have saved enough on interest payments to get a Tesla all-electric sedan that starts out for the hospital at 60 mph in five seconds, so you can save a patient while saving the planet.

If you really rev up and get aggressive with refinance, you could land a sweeter deal through an online lender like LendKey, where some 13,000 financial institutions compete for borrowers’ business.

The payment ramps up with your ambition: You’d write a monthly check of $3,409 for 60 months. “Whew!” your friends say, but if you can afford it, it may be that you can’t afford not to.

You’d escape the debt straightjacket five years earlier. That’s five years to breathe easier, and to invest or spend the $49,237 you just saved in interest payments.

SoFi, another online lender, says it specializes in student loan refinancing for doctors.

Debt is like a virus. It blooms its ugly shapes exponentially.

But it can be eliminated at an exponential rate, too, with the right antidote.

Take a typical new doctor with the average $189,000 student-loan debt.

According to the Medicus Firm, a national recruiter that places physicians, nine of 10 recruited docs landed an approximately $25,000 bonus.

fPresto! She saves $15,509 in interest payments. More than 8% of the loan is lopped off in an instant.

Dr. LeRoy told Debt.org that medical school loans have become so onerous that some students choose higher-paying specialties like plastic surgery so they can more quickly pay them off student loans with options like aggressive refinancing.

The morning I interviewed Dr. LeRoy, he had just learned that the average indebtedness of the medical school graduates from Wright State in 2018 was $183,000. It was a slight improvement from $186,000 the year before.

He was aware of the perils of compound interest even then. Learning to his horror that he would end up “paying $156,000 all told with interest after 20 years,” he paid it off in bigger chunks, saving thousands of dollars.

He urges med students to make a loan repayment a priority and to live frugally.

He even advises, “Don’t go to the latte shop. Make your own coffee.”

The residency of three-to-five years brings only slight relief. Residents are finally being paid, perhaps $50,000 or $60,000 a year nowadays. But debts still pile up while the resident hangs on to become a full-time doctor. They may even have children in tow.

Residents often consider the more dramatic forms of loan relief, such as:

During this period the government pays the interest that accrues on the subsidized portion of federal loans, but you are responsible for the accruing interest on the unsubsidized loans. Deferment allows you a period of time to delay making payments if you meet certain criteria.

Forbearance can allow you to make reduced payments or postpone payments. You have to apply but medical interns and residents have a special status: they’re eligible for mandatory forbearance, the most common of several types available to them.

But be careful. During forbearance interest accrues on ALL loans, potentially making this a costlier way to postpone payments, according to the AAMC debt guide. For example, the AAMC says, for a 2018 graduate with $192,000 in loans an estimated $1,100 in interest will accrue during residency on this balance each month.

In certain rare cases, your federally guaranteed student loans may be discharged and your repayment obligation cancelled or forgiven. The loan is a serious obligation, qualifying for forgiveness this way, for instance by death, disability, identity theft, or the closing or fraudulence of your school program, is not on anyone’s wish list.

There is however a happier form of loan forgiveness:

If you have a federal student loan, there are several options available that ease the burden of repayment. Some of them cap the amount you pay every month and some extend the terms so that your monthly payment is reduced, but you should be aware that in both cases, you likely will end up paying more in interest over the life of the loan.

Enrolling in a federal Income-Based Repayment (IBR) plan or Pay As You Earn (PAYE) are two examples that may help. These programs allow medical residents and physicians to cap monthly student loan payments at either 15% or 10% of their discretionary income, according to the AAMC.

You may end up limiting your monthly payment to approximately $300 or $350 (instead of some 10 times that amount with a standard loan repayment), and after 20 years or more of payments, the debt is forgiven.

Then again, a president or congress can change the terms with the stroke of a pen.

Another option is Public Service Loan Forgiveness. If you’re willing to be a physician in public service for a nonprofit or in “high-needs areas” as determined by the Secretary of Education, helping overcome physician shortages or providing other public health services, you may be eligible for loan forgiveness after only 10 years of payments.

If you’re a patriot, it’ll warm your heart to know we’re not forgetting our military docs.

If you’re a military doc, well good on you. There’s a sweet deal awaiting, if this kind of service is in your blood.

Army, Navy, and Air Force programs offer working docs and residents anywhere from $2,200-a-month stipends for four years to $45,000 annually to repay medical school loans up to $275,000 in financial assistance. The Army has three such programs, the Navy has three and the Air Force has one.

There are also a wide array of similarly generous federal repayment programs for medical residents and doctors if they are American Indians or Alaska natives, National Institutes of Health-sponsored medical researchers, or National Health Service Corps-sponsored doctors willing to work in under-served urban and rural areas.

There are also many state-sponsored programs listed by the AAMC to assist medical school loan repayment.

When the debt burden feels heavy, remember the main point: there’s a lot of help out there in a society looking for heroes.

“It has been more than 20 years since I heard those words of advice, and I’ve been passing them along to prospective medical students ever since,” Dr. LeRoy said.

“The trend line for medical student indebtedness has become increasingly steep with each academic year. Students must arrive at the door of the house of medicine with an enhanced awareness of how they will navigate the rising tide of medical education debt.” 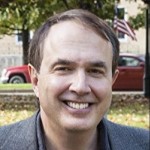 Mike Capuzzo is the New York Times-bestselling author of Close to Shore and The Murder Room. A former staff writer for The Miami Herald and The Philadelphia Inquirer, he has won more than a hundred journalism awards. Publishers have nominated his books and articles for the Pulitzer Prize six times. Mike can be reached at [email protected].