The Debtonator has joined the staff at Debt.org and will monitor a question-and-answer forum dedicated to specific areas of debt.

A few questions already trickled in and, not surprisingly, the subject was student loans, specifically loan forgiveness. Today’s typical college graduate gets a diploma in one hand and student loan repayment book in the other when he leaves school and he’s looking for ways out.

Student loans are the one form of debt still choking the U.S. economy. The have spiked dramatically in the last decade and there is no end in sight. Here are some quick, depressing facts that more people, especially parents of college-age children should be aware of:

You’re not alone if your reaction that was OUCH! Hopefully the rest of the answers you get today won’t hurt as much.

Q. Have you heard about the Obama Student Loan Forgiveness program?

A. There is no such program. The “Obama Student Loan Forgiveness” is an advertising gimmick used by some companies offering student debt relief services. Ignore it. No such government program exists. Obama’s name is occasionally attached to the Pay As You Earn Program, which he signed in 2012. Officially, it is known as the PAYE program, not the Obama Loan Forgiveness program.

Q. HELP! I have a job, but I’m so far in debt with student loans that it feels like I’ll never be able to buy a car or house. How can I get my loans forgiven?

A.  There are lots of loan forgiveness programs, but be aware that nearly all of them are based on the job you hold and how long you plan to be in it.  For example, you could get $17,500 of your debt forgiven if you agree to teach for five consecutive years at a school that serves low-income families. Another place that will help is the military. Each branch has loan forgiveness programs, but again, a time commitment is involved.

Most forgiveness programs fall under, or use the guidelines for, the Public Service Loan Forgiveness (PSLF) program. Here are a few of the PSLF conditions you should be familiar with:

There are other conditions and loan forgiveness programs, most of them targeted to specific jobs and specific areas, so look around. If you’re not sure whether your job or employer is qualified for a PSLF program, fill out the paperwork here and find out. Hope it work out for you.

Q. Did I hear right that you have to pay a tax if you get loan forgiveness?

A. You heard right. A few days after you complete the loan forgiveness program requirements, you can expect a note from the IRS telling you that whatever amount you had forgiven, is considered income. That makes it taxable. So while you may want to throw a party celebrating the end of student loan debt, save a few bucks aside for the Tax Man. He will collect.

Q. Is anyone doing anything to help those of us drowning in student loan debt?

A. You would think with 40 million borrowers owing $1.2 trillion, somebody would pay attention, but Congress really isn’t all that motivated yet. Senator Elizabeth Warren (D-Mass.) tried in June to get her chamber to vote on a bill that would allow student loan borrowers to refinance their debt at competitive rates. It never even got to the floor for debate. Florida Republican Marco Rubio teamed with Virginia Democrat Mark Warner to introduce a bill that would limit repayments to no more than 10 percent of an individual’s income. Several members of the House of Representatives have crafted bills, but they all died a quiet death. So the quick answer is NO! But with elections coming this fall and in 2016, that may change. 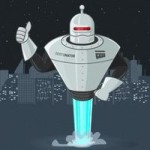 Here to arm you with the tools to fight back against debt.