How to Tell Your Kids about Your Debt

Fortunately, I have two girls so I fully intend to pass that first one off on my wife, though at some point I will tell them that all men, except their father, can be difficult.

As for telling kids about debt and other financial matters, I don’t get why it freaks parents out, but apparently it does. A 2017 survey by T. Rowe Price found that 69% of parents are reluctant to talk about money with their children. Only 23% of kids said their parents frequently discuss the M word with them.

That isn’t just bad parenting, it’s tantamount to child neglect. Your kids are going to learn how to handle money somewhere. Isn’t it better they learn it from you than on the street or watching some celebrity on TV?

I saw a documentary on Michael Jackson a few years ago in which cameras followed him on a shopping excursion to a swanky art store. He basically just pointed at things and an assistant gathered them up. I don’t remember the final bill, but I recall he spent something like $250,000 on a fancy wooden elephant head.

Call me crazy, but I don’t want my kids coming home with a $250,000 elephant head. Especially if they put it on my credit card.

Children will learn a lot about money from simply observing their parents. Do you shop around before buying? Do you use coupons at the grocery store and proudly crow, “I just saved us $13.97!”

Do you gripe about bills and get calls from debt collectors? Have you had to announce that due to unforeseen financial circumstances, this year’s family vacation will be spent in the backyard kiddie pool instead of Disney World?

Whether you like it or not, your kids are going to learn about money, debt and financial behavior from you. So, when and what should you tell them?

Factors to Consider When Telling Kids about Debt

A lot depends on their age, maturity and resiliency, but a basic rule is to start slowly.

It’s silly to discuss bankruptcy law with a 5-year-old. They can, however, learn the basics of budgeting and that coins are not just shiny objects to swallow.

You can give them an allowance for doing chores. Tell them to put some of the money in a jar for spending, some for saving and some for charitable giving.

If they see a toy they want to buy but don’t have enough money, great. That should hopefully instill a goal-oriented work ethic and the importance of putting more those tasty coins in the saving jar.

That’s also a good way to introduce the concept of debt. If they’re $5 short of buying that toy, give them the money, but explain it is not a gift; it is a loan. They are in this thing called “debt” until they pay you back. You can even tell them that they have to pay you back a little extra just for the privilege of borrowing your money.

That is called “interest,” kiddos. You don’t want children to learn about it the hard way, like when they turn 18 and sign up for their first credit card that comes with 23.5% interest rates.

Teach kids the difference between good debt and bad debt. Good debt is borrowing money for things that theoretically increase in value, like a house, or increase their earning potential, like a student loan.

Bad debt is money spent on things that lose value almost immediately like cars, clothes, etc. This is also a good way to turn the discussion to the difference between wants and needs.

Kids might gripe how their friends are squired around in a Cadillac Escalade with TV screens in the back of the headrests, while they are stuck in the back of your 2003 Dodge Caravan.

That’s a good time to explain that a car is transportation, which is a need. Getting from Point A to Point B in leather seats while watching “The Little Mermaid” is a want.

Life events that impact kids’ daily lives can serve as teachable moments. There could be bad ones, like having to move into a smaller house due to financial setbacks. Or having your car repossessed because you couldn’t make the payments.

You’ll hopefully have more positive fodder to work with, like when you tell the kids the Disney vacation is back on because you worked hard and got a raise.

Whatever the circumstance, when it comes to discussing money pitfalls with kids, you should err on the side of caution.

Kids have imaginations that can run wild. Keep that in mind, especially if you are experiencing tough times.

Older children can grasp the consequences of debt. Younger ones may worry that the family is going to be homeless or without food or have to move in with weird Uncle Martin.

Even worse, they may think it’s all their fault. So be careful not only with what you say, but also with how you act.

An American Psychological Association study found that only 18% of parents believe money is a source of stress for their children. But it also found that 30% of children say they are worried about their family having enough money, and that 91% of kids say they know when their parents are experiencing stress.

Another danger is that kids talk. If you whine about the details of your latest medical bill, the entire 3rd grade class may soon learn the cost of your recent facelift.

School-aged children will be able to understand a lot more, so they can be given more specific information. For example, if you have lost your job, your kids need to understand what has happened and why you are at home instead of work, but that the situation, while difficult, is temporary.

Older children should be enlisted into the family’s plan to manage its debt. Begin by telling them how you got into debt, even if it means admitting that you’ve overspent or failed to pay attention to your bills. Remind them that parents are not perfect, and everyone makes mistakes.

Then explain to them that the whole family will need to pull together and rein in spending for a while. That may mean limiting the number of Christmas gifts, or going out to eat less. If you have to put off or curtail some of their pastimes and activities, show them how you are planning to sacrifice as well, for the sake of the family’s fiscal health. You may also want to go over the family budget with them.

Teenagers, in particular, need to become part of the solution. If they are old enough to work, suggest that they contribute some of their pay to the household. They may surprise you in their ability to rise to the occasion.

The real world awaits, and your kids know it. A study from North Carolina State University found that children ages 8 to 17 are highly aware of the parents’ financial issues whether the parents discussed them or not.

“If parents aren’t talking with their kids about subjects like family finances or debt, kids are drawing their own conclusions which may not be accurate,” said Dr. Lynsey Romo, the lead author of the study. “Even if parents don’t want to discuss family finances with their children, it may be worthwhile to explain why they don’t want to discuss the topic.”

With all of your children, remember to focus on the positive. Let them know about any encouraging events or good news concerning your situation, and be careful not to use them as emotional crutches. Don’t speculate on negative outcomes that may or may not occur, e.g. layoffs, foreclosure, repossession of the family car, etc. Tell them that you’ll deal with whatever happens at the appropriate time. Also, use the unwelcome but unavoidable situation as an opportunity to stress the most important things in life, which have nothing to do with money.

Hard times may also be the best time to teach your children about money, saving, frugality, wants vs. needs, and all the ins and outs of financial responsibility. Older children can also be tutored about the economy at large — business cycles, downturns and slowdowns, what causes a recession, and how the family is part of a much bigger economic picture. As they get older, the world will continue to present them with economic challenges. How you deal with your debt problems will have a profound impact on their ability to manage their own financial futures.

Credit cards are often treated like free money by adults, so imagine what a child might think about that little card Mommy or Daddy whips out to buy things. Teach them that there is nothing magical about that piece of plastic. It represents real money that will have to be paid back.

Again, you don’t’ have to go over your income tax return with kids, but they are in the formative stage of their lives. Basic concepts like budgeting, saving and paying down debt are as essential to grasp as learning to brush their teeth.

As you share more and more with your kids, don’t give them the impression that they are accountable for fixing the family finances. No child has the ability or experience to take on that kind of responsibility. It is up to you to have a plan, enlist their help and support, and exhibit concrete ways in which you are putting the plan into action. Children always feel better in a crisis when they know that their parents are facing the situation head-on and doing all they can to keep the family safe and secure.

That can at least reassure younger children that the situation is under control and they don’t have to worry about living in a car. Kid will learn from your successes and mistakes.

And if discussing money with your kids gives you the frights, think how scary things will be if they don’t learn about money. 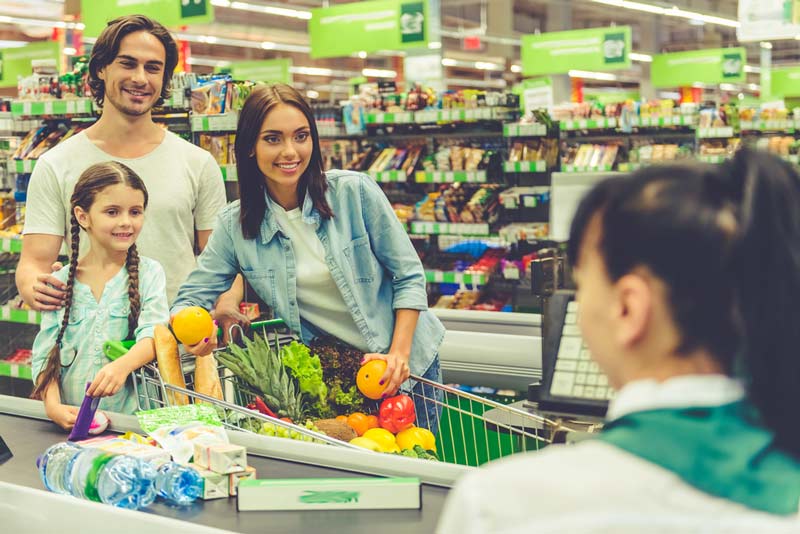