There is no more optimistic day than when you open the front door on a new home.

Unless of course, someone handed you that key somewhere around 2006 or so.

A year later, the economy was melting down and home values led the way. More than five million houses went into foreclosure in 2008-2009, leaving millions of homeowners begging for help.

Fortunately, not nearly as many mortgages are upside down in 2018 as they were in the dismal heart of the Great Recession, when it seemed no neighborhood went unaffected. (Hurrah for the long-awaited recovery.)

But underwater mortgages still exist, and if you’re in one of them, you can’t be blamed for wanting a way out.

Mortgage forgiveness means exactly what the term suggests: The lender actually forgives some or all of the debt you owe. That is, it simply wipes away that portion of your debt.

Mortgage lenders are not in the business of forgiving debt. When you close on a house, executing your mortgage, it’s with the expectation you will pay it back during the time allotted. Only when the lender is convinced you will be unable to pay it back will it concede to forgiveness provisions.

One way this happens is through a loan modification program — that is, you negotiate new terms for your original loan. You might get a lower payment in exchange for a lengthier payout period. That means that ultimately, you will be on the hook for more than you otherwise would have been, but at least you’re still in a home.

Another way mortgage debt forgiveness occurs is in foreclosure, when the home that stands as collateral in the mortgage is seized by the lender for nonpayment.

Long before a lender will consider debt forgiveness, it will attempt to work with its troubled borrowers. After all, it extended the mortgage — a loan of money guaranteed by your house — in anticipation of being paid back at some point. And, believe it or not, your lender doesn’t want your house; most of them are reluctant participants in the distressed real estate industry.

Now, not all loan modifications involve debt forgiveness, nor do all foreclosures, especially if there’s sufficient equity in the house. Another way to avoid mortgage forgiveness — which, for the good of your credit rating and, possibly, your income tax bill, you really want to do if at all possible — is simply by refinancing, especially if there’s significant equity in your house.

Getting mortgage forgiveness — again, a reduction in your home loan principal balance — will involve some negotiation. After all, it involves rewriting your original contract.

Typically, lenders consider two types or mortgage forgiveness plans. In one, you stay in your home under rewritten terms. In the other, you move out, but avoid foreclosure.

Whichever mortgage debt forgiveness option better suits you, understand there might be tax implications, meaning you might have to add whatever amount was forgiven to your gross income.

That being said, there are steps you can take to get debt relief for your mortgage.

This vestige of the Great Recession, passed in late 2007 during the George W. Bush administration, then extended by Congress under both presidents Obama and Trump, allowed — under limited circumstances — debt forgiven by mortgage lenders to be excluded from the borrower’s tax return.

Before the act was passed (and extended), borrowers who were forgiven debt, whether outright or when the lender didn’t chase the borrower for the difference when a foreclosure resold for less than the original mortgage, was considered regular income.

The IRS required the amount to be listed in the year the debt amount was waived. For example, before the act, if you were forgiven — for whatever reason — $20,000 on an underwater mortgage, when you filed your taxes the following year, that $20,000 would have to be accounted for, and would be taxed at the prevailing marginal rate.

While the meltdown was raging, Congress recognized this arrangement as an especially undue hardship — injury, meet insult — and passed the first Mortgage Forgiveness and Debt Relief Act.

Under the act, taxpayers were able to exclude up to $2 million in debt forgiveness, whether through foreclosure, short sale, or some sort of mortgage modification. The key stipulation: The waiver had to be made on the taxpayer’s qualified principal residence. Second homes and vacation homes did not qualify.

All good, right? Yes, except the act expired in 2017. Congress gave it one more (probably one last) retroactive reprieve in early 2018, but if you’re thinking hard about pursuing this, factor in how you’ll pay the taxes on your cancelation of debt.

At this point, despite the fact that in many places across the country real estate values still show the ill effects of the Great Recession, the act is doomed. Although Congress breathed life back into it as part of the 652-page Bipartisan Budget Act of 2018, the resuscitation is even more temporary than previous lifelines.

The retroactive extension gave a reprieve to principal residence indebtedness discharged, 2018, and for written discharge agreements executed, before Jan. 1, 2018.

Lively arguments notwithstanding, Congress has declined to make the exclusion permanent. Those keen on achieving mortgage debt forgiveness now should proceed with the anticipation that future extensions are unlikely.

Instead, we’ll be back to the old rules — Internal Revenue Code Section 61[a][12] —  and only by declaring bankruptcy or legal insolvency will those forgiven mortgage debt on their principal residence be able to avoid taxes on the amount waived.

Other Options to Mortgage Forgiveness

If this date with the IRS sounds ominous, it should. If it has you thinking about other options to your underwater mortgage conundrum, all the better.

If you’re certain you can’t achieve a livable refinancing arrangement and losing your home is certain, consider these options. (Some, alas, still involve ponying up on your tax return.)

If you love your home, but you’re battling to keep up, consider refinancing. The Obama-era Home Affordable Refinance Program (HARP) remains available through the end of 2018 to provide relief to qualified, hard-pressed homeowners. The harrowing consequences of seeking a waiver are clear.

Still uncertain what to do? Consult with your lender. See what provisions can be worked out. Or contact a nonprofit debt counseling service. They’ve heard worse stories than yours, and they’ll have some ideas on options you might not have considered. 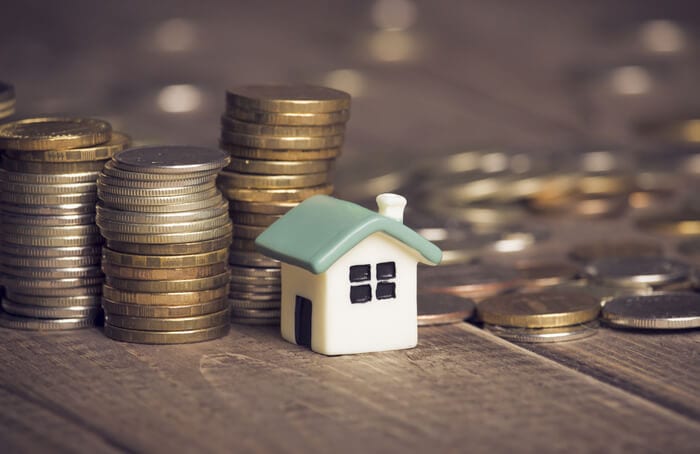