How to Host a Frugal Frozen Birthday Party

I thought we could avoid it. I promoted alternatives. But it was inevitable. My daughter asked me to throw her a Frozen birthday party, like the half dozen we’d already attended this year. Sure… we can recreate Arendelle’s eternal winter, in August… in Florida. No sweat. And find prizes and goodie bag treats when Frozen-merchandise is either sold out or marked sky-high – that will be a birthday cakewalk.

We live 10 minutes from Walt Disney World. A few weeks ago, I asked a Disney store employee when they expected to get more Frozen merchandise on the shelves. It was a simple question, I thought. We’d been chasing everything Anna and Elsa since last December. She looked at me as if I’d asked for a Pumpkin Spice Latte out of season. “Not soon” she said, laughing. “And when it does come in, we’ll be the last to get it.” Yikes, if I can’t buy Frozen stuff at Disney, where am I going to find it? Party City had a barren Frozen favor section, sandwiched between well-stocked Cinderella and Ariel cups, hats and prizes. There were labels for out-of-stock items, mocking us.

But then I realized, having no access to expensive licensed favors and other merchandise is a money saving opportunity! I would have to be creative and come up with fun and frugal ways to make my daughter’s Frozen birthday party a success. Here are some ideas from our party and a few others I’ve attended recently. If you are the parent to a daughter under the age of 10 and haven’t already thrown a Frozen birthday party, you’re time will come soon. Good luck!

I found light-up blue bouncy balls at the dollar store and decided they were snow balls! These made a great prize for our Frozen trivia game.

Put a few water balloons in the freezer and make round ice balls.  Have the children pass the ice balls around in a circle to the song “Let it Go.” Whoever is holding the ice when the song pauses is out. Snow flakes are fun and easy to make with your children before the party. Make them out of paper and hang them up around the house.  We attended a Frozen party last weekend where the snowflake decorations doubled as a game: each child had a snowflake with their name on it. They had to search the home to find it and once they did, they got a prize. Here are cotton balls and string transformed into falling snow.

Store-bought birthday cakes can get expensive, especially with licensed characters. Our cake is inspired by Olaf’s “In Summer” fantasy (hence, the beach scene). The figurines were a birthday present arranged on the top. Cake mixes were bought “buy one get one free.” We decided to serve sandwiches for this afternoon birthday party, but I wanted to make them fun. The children loved eating Olaf’s Nut Butter and Jelly and Kristoff’s Ice-Fished Tuna. Our friends successfully made it snow on a 90-degree day in Florida with the following: garbage bags filled up with soap bubbles and a shop vac on reverse. This may not impress kids living North of the Mason-Dixon line, but the Florida-born and raised were thrilled to dance in the soapy blizzard.

For a $2.00 investment in Berry Blue Kool-Aid and sugar, you too can make enough of Elsa’s Ice Berry Punch to feed 20 thirsty children. Looking for goodie bag items? Include a Ziploc bag with 3 marshmallows, a toothpick, two pretzels (arms), and a carrot sliver (nose).  Your guests can build Olaf at home. 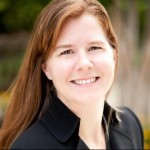 Karen Carlson is a personal finance expert and writer. Her financial advice has been published in Time, US News & World Report and Fox Business News. Carlson is an Emmy Award-winning producer of educational television and recent nominee for NFCC Financial Educator of the Year. Home > Blog > How to Host a Frugal Frozen Birthday Party