As the Federal Reserve plays Whac-A-Mole with the American economy – ‘WE’RE IN A RECESSION! NO, WAIT, WE’RE NOT IN A RECESSION!’ – there is always the chance the mallet comes down on the wrong place at the wrong time.

Well, the hammer came down hard – again! – on Wednesday when the Fed raised its prime lending rate by .75%.

The immediate impact for consumers is that it will cost you more for mortgages, credit cards, car loans, student loans and any other borrowing instrument you might want to use to improve your life.

In a perfect world, this move would lower demand for big-ticket items and drive inflation down.

That was supposed to be what happened when the Fed tried an identical .75% hike back in June and inflation soared above 9% anyway. The scary news is that they are reserving the right to do it all again, possibly as quickly as September.

“Ongoing increases … will be appropriate,” throughout 2022, Reserve Chairman Jerome Powell said at a Wednesday press conference.

Why the Fed Is Raising Interest Rates

These mallet blows to interest rates are directed at rampant inflation, which has created havoc in the world economy and soaring gas, food and housing prices here at home. Powell acknowledges that these rate adjustments may hurt parts of the economy, but his seven-member board voted unanimously to hit up lending costs anyway.

They stopped short of a full percentage-point increase while waiting for further economic data that will dictate September’s actions. In other words, let’s see what happens this time, but Powell didn’t sound all that optimistic.

“The full effect (of the June increase) has not been felt in the economy, he said.

Today’s economy gets bounced around by some combination of the COVID-19 pandemic and a war in Ukraine and catastrophic supply chain problems and record-high gas prices and soaring food costs and … well, pick your economic disruption/poison.

A year ago, Powell’s Fed kept interest rates extremely low to help the economy rebound from the impacts of the COVID-19 shutdowns and a federal government response that poured cash into the pockets of Americans.

On the one hand, those measures helped families stay afloat and kept the job market robust, with a decrease in unemployment. On the other hand, inflation took off like a bottle rocket and has created the need for the Fed’s current actions.

“Powell did a great job through COVID,” former Fed governor Frederic Mishkin said on CNBC. “But he made a mistake by not being pre-emptive (last summer). Now he has shifted. He has had to do it because of inflation. Now, he is doing the right thing.”

Mishkin, a professor at Columbia University, is not alone in that assessment. “I think we’ve seen the brunt of big moves in interest rates,” Rick Rieder, chief investment officer of global fixed income for Blackrock, told Alison Kosik on CNN’s “Markets Now” Wednesday. “The economy is starting to slow significantly.”

And while unemployment remains low and wages have risen, the percentage of Americans working second jobs has increased from 4% in April 2020 to 4.8% last month. Those numbers, provided by the St. Louis Federal Reserve, show the economic realities facing real families trying to make ends meet every week. Unfortunately, while wages are up 5.1% over the past year, earnings are actually down 3.6% because of inflation.

What You Should Do About the Fed Rate Hike

With the likelihood of further hikes before the end of summer, Americans are in a bind. Consumers must ask themselves should I make needed purchases before rates are even higher? Or do I sit tight and wait until 2023 to consider that big ticket item like a new house or new car?

And what impact will consumers’ choices have on inflation and by extension the economy as a whole? A third rate increase in September would pretty much guarantee reduced spending for the end-of-the-year holidays, which often determine the health of retail businesses for the coming year.

Powell and the Fed are trying to walk a tightrope while being swayed by high economic winds. As Powell announced Wednesday’s rate increase, the stock market snapped out of its recent slump. The DOW industrial average rose 441 points after Powell spoke.

That doesn’t mean anything beyond the immediate reaction to the news, but at least that reaction was positive. The goal, Powell said, is to get inflation down to 2%, the commonly accepted standard for a healthy economy. With inflation at 9.1%, almost five times the acceptable level, the Fed’s aggressive tactics make more sense.

Will they work? Will inflation be wrangled before the high rates inflict damage elsewhere in the economy? Can consumers ride out this ongoing game of Whac-A-Mole before the mallet falls on their lives?

That will be determined. 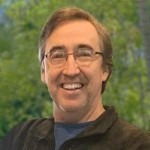 After decades as a reporter and columnist for the Philadelphia Inquirer and ESPN, Phil Sheridan turned to writing about financial advice. He approaches the job with the curiosity of the stakeholder and the communication experience of a veteran journalist. He spent over 30 years learning about labor negotiations, salary caps, stadium negotiations and a lot of other finance-related matters. Better yet, he got to interview and chat with the real experts on these issues. Phil will use those contacts and experiences to make readers more comfortable about their financial situation. 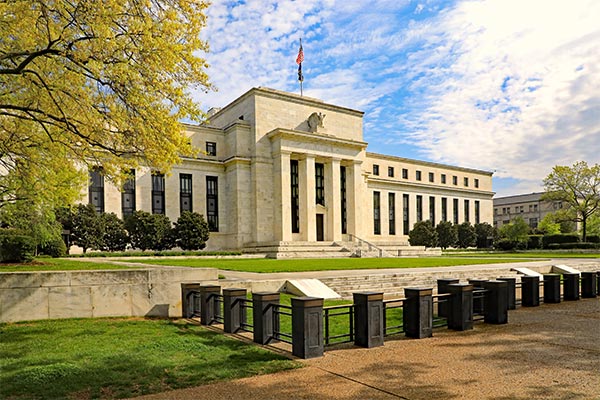 Home > Blog > How the Fed Raising Interest Rates Affects You