Scamming people over the phone has become a low-risk, inexpensive and lucrative past-time for crooks and con-artists. Consumers reported losses of more than $285 million in November of 2019, according to the Federal Trade Commission (FTC).

That’s a 20% rise over the same time last year which sends a signal to consumers that phone scammers are growing bolder and doing better than ever.

You don’t have to be a victim of phone scams if you learn how to spot the signs of a con.

What to Do If a Scammer Calls You

If you get a phone call pushing for an immediate payment, don’t go reaching for your wallet, no matter how urgent or demanding the caller’s voice sounds on the other end. The more threatening they sound, the more likely you are dealing with a scammer; in which case your best move is to hang up the phone immediately.

If someone calls you claiming to be from the IRS, hang up. The IRS never calls consumers directly. Other government agencies, like the Social Security Administration, may sometimes phone you directly, but they will never badger you for sensitive information like your social security number.

Just to be safe, never pay someone calling you over the phone, period. According to the Federal Trade Commission (FTC), a robocall trying to sell you something over the phone is illegal, unless you’ve given them permission to do so.

Here are some other things to keep in mind when dealing with robocalls or phone scammers:

How to Stop Spam Calls

Spam calls have ballooned in recent years, and the free-market has responded with counter measures. Phone carriers and app developers have unleashed a bevy of products into the market, so there is no shortage of options you can purchase to help shield you from the threat of phone scammers.

Each of the big four cell phone providers (Verizon, AT&T, T-Mobile, Sprint) offers some form of robocall protection. All of them claim to block spam calls before they get to you, but clearly some still manage to slip through, otherwise you wouldn’t be reading this right now.

Verizon: Verizon has call blocker devices ranging from about $70-$100. The CPR Call Blocker V5000 and the CPR Call Blocker Shield come with a pre-set list of illicit numbers. They also let you add over a thousand numbers to the block list.

AT&T: If you have AT&T, you can download their AT&T Call Protect app for free. The app blocks calls from suspected fraudsters and lets you block calls from numbers not in your contact list. There is also a premium version that provides a few more features, like reverse number look up, which gives you detailed info about the unknown number that just called you. Call Protect Plus will cost you $3.99 a month.

T-Mobile: T-Mobile offers three services that help protect you from scammers: Scam ID, Scam Block and Name ID. Scam ID and Scam Block are free services that are already at work on your phone. Scam ID warns you of likely incoming scam calls and Scam Block stops suspicious calls before they even get to your phone. Needless to say, some scam calls still make it through. Name ID goes a step above and lets you send certain calls, like telemarketer, political and nuisance calls straight to voicemail. This service is $4 a month per line.

Sprint: Sprint doesn’t offer much. Premium Caller ID will cost you $2.99 a month for the pleasure of being able to see the names of people not already in your contacts.

Apps that Block Spammers and Robocalls

There are a lot of apps out there that can help protect you from spam callers. Some are free, while others come with premium upgrades and added features.

Here is a list of some robocall blocking apps worth looking into:

National Do Not Call Registry

You can register your phone number on the National Do Not Call Registry by visiting the FTC website. This will not stop illegal robocalls from calling you. People who are trying to scam you for thousands of dollars will hardly be deterred by some list. However, law-abiding companies and telemarketers will stop calling you, which can provide some much-needed relief.

How to Report a Phone Scam

If you’ve been the victim of a phone scam, you can report it online to the Federal Trade Commission, or over the phone by calling 1-877-382-4357. You can also report caller ID spoofing to the Federal Communications Commission online or by calling 1-888-225-5322. The more information we give to government agencies, the better they can build a case to take down scammers.

Phone scammers operate unseen and from all over the world. This means they can take on an assortment of disguises and pretend to be almost anybody. However, there are certain schemes they tend to fall back on.

The scammer claims to be from a debt collection agency and demands repayment. Debt collectors must provide you with information you can verify, like the name of the creditor and the amount owed. If you have any doubts about the identity of the caller, you can ask for written verification of the debt that must be provided within five days of the initial contact.

The scammer will claim there has been an issue with your SSN. Your identity has been compromised and they need $$$ to fix it.

Generally, the Social Security Administration doesn’t call consumers out of the blue. For instance, they may call if you have recently requested an updated benefits package or something similar. If you get an unexpected call from someone claiming to be a Social Security agent, especially if that someone is asking for money, hang up and report the number.

The caller is thrilled to announce that you’ve been selected to win a free cruise or flight, but they need your social security or credit card number to verify your identity.

Even if a legitimate company offers you a deal like this, they’ll be wanting something in return, i.e. taxes or mandatory timeshare presentations. To be safe, never give out your credit card number or any sensitive information about yourself. If it’s a robocall then just hang up. Companies can’t robocall you to sell their products unless you’ve given them the permission to do so.

Let’s suppose the caller says he’s an IRS agent and threatens to arrest you unless you pay them immediately. Let’s get one thing straight: the IRS will never call you. If anyone calls claiming to be from the IRS, hang up and report them.

Spoofing is when a scammer disguises their phone number, often to make it look like a government agency is calling you. Neighbor spoofing changes the phone number to one from your zip code, so that it appears to  be a coworker, an acquaintance, your doctor or your school. Who knows? Scammers know you’re more likely to answer a phone call from a familiar area code than one from halfway across the world.

The caller claims to be from a charitable organization and is often insistent that you donate now, this very instant. Legitimate charitable organizations and nonprofits will never rush you into giving them money. These scammers may even call to thank you for past donations (that clearly never happened) and ask if you’d like to donate again. They prefer donations in cash, wire transfer or gift card.

These scammers will often claim to be from a large tech company like Apple or Google.

They inform you of a serious issue with your computer, like a virus eating up all your data or saved files. They say you must act now or lose years of precious work and memories.

If you do have a virus, a major tech company won’t be calling to warn you about it. If anyone calls making such claims, hang up. It’s a scam.

You get a call from someone claiming you’ve won a massive prize. They say all you need to do is give them some vital information like a social security number or send them the presumed taxes on the winnings and they’ll send you the money. These scammers prey on our desire to win big. Who hasn’t dreamt of what they would do with lottery winnings? Like the other scams, don’t give them any money and hang up right away.

The phone rings once, prompting you to return the call. This is what they want. Don’t return the call. You may be calling outside the U.S which will lead to a host of international fees that can easily surge after just a few minutes. 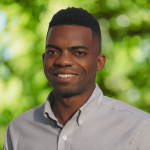