Just like for civilians, members of the armed forces must pay federal taxes, wade through a set of rules and conditions that nobody really understands or can explain, and experience the frustration, panic and dread as the tax deadline approaches.

The Internal Revenue Service (IRS) tries to minimize the difficulties for active duty personnel, but the many types of pay and allowances that exist in the military — and the fact that some of their pay is taxable and other pay is not — make it a long, arduous process.

The good news is that some online tax preparation services and national tax companies offer assistance in preparing taxes, either free or for significantly reduced charges. Most military base installations also have volunteers who will sit with service members or their spouses and help them with the compiling and filing of their federal and state income tax. 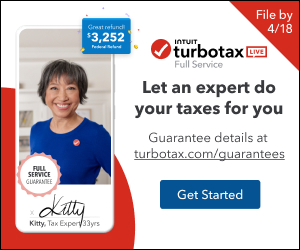 There are a lot of ways for service members to lighten their tax load, some more relevant and rewarding than others.

Here are a few tax tips that every service member should be aware of before filing:

Some states either don’t tax military income or exempt part of it. Arkansas, Kentucky Minnesota, New Mexico and Oklahoma are among the states in 2014 offering exemptions, though the way the exemptions are applied vary.

Some states exempt the pay military receive serving in combat zones, others restrict exemptions to active-duty personnel while others exempt reservists and national guardsmen. You should contact your state department of revenue to learn what rules apply. Most states have income taxes, but each state has its own tax laws, which are always changing.

What Military Income Is Taxable?

The rules and conditions that determine what is taxable income for members of the armed forces are endless and often confusing. No general rule applies other than to say combat pay can’t be taxed, but just about any other kind of pay can.

The following items are counted under gross income and must be reported as such on a taxpayer’s federal income tax return:

The following military benefits do not have to be reported as income:

Combat Zone Pay and What Can Be Excluded

If you are a commissioned officer, your pay in a combat zone is excluded from taxes, but the amount is limited to the highest rate of enlisted pay for a month.

As of October 2018, the designated combat zones were Arabian Peninsula area, the Sinai Peninsula, the Kosovo area, and Afghanistan area. Combat zones are designated by Executive Order and can change depending on activity. The countries and places qualified as direct support for combat zones include Jordon, Kyrgyzstan, the Philippines, Djibouti, Yemen, Somalia, Syria, The Federal Republic of Yugoslavia, Albania, Kosovo, Kuwait, Saudi Arabia, Oman Bahrain, Qatar and the United Arab Emirates.

The same is true for members of the Navy on board ships in parts of the Mediterranean, Adriatic, Red, and Ionian Seas as well as the Persian Gulf, Gulf of Oman, part of the Arabian Sea and Gulf of Aden.

The federal government would like taxes paid by everyone — including members of the armed forces — by Tax Day in mid-April, but service members have certain privileges that allow them to extend that deadline without penalties.

For example, members of the military stationed overseas during tax filing season are automatically granted a two-month extension to pay their taxes, without incurring penalties or interest.

Service members who have recently served in a combat zone have an additional 180 days after they return home — plus the equivalent amount of time served in the combat zone — before filing. An extension of up to five years is also granted for any time spent hospitalized due to injuries sustained in a combat zone.

The Soldiers and Sailors Relief Act provides a similar 180-day deferral to Army Reserve and National Guard soldiers called to active duty. They must show that their ability to pay taxes was impaired due to their military service. The benefit also accrues to new recruits, but it is not automatic and must be requested.

The extensions apply to any and all of the following:

There are available provisions and money for military members. But since IRS guidelines change continually, it is imperative that each service member seek the financial advice of knowledgeable tax experts.

Other benefits include the following:

Military service members who participate in the military Thrift Savings Plan (TSP) can make contributions to traditional and Roth IRAs.

Members can make traditional tax-exempt contributions to their TSP just as civilian workforce can deposit money in IRAs or have it withheld in 401(k)s.  Money deposited as tax-exempt in a TSP grows untaxed until it is withdrawn at retirement age. The invested money grows tax-free, often for decades, but it taxed as regular income when it is eventually withdrawn. Since TSP deposits are pretax investments, they lower taxable income in the year the funds are invested,

The second sort of Thrift Savings Plan is a Roth IRA, but with an extra advantage for those serving in combat zones: Since military personnel serving in these areas don’t tax on income earned while there, they can they can deposit earnings in a TSP Roth tax free. That’s an advantage, since taxes must be paid first on money invested in civilian Roths. Like non-military Roths, these accounts grow tax free and no tax is charged on withdrawals if they are made in accordance with tax rules,

Both traditional and Roth TSP funds are treated like money in other IRAs. If you withdraw money before you reach 59 ½, it is considered a loan and must be repaid or tax penalties are imposed. You can also roll over TSP money into non-military IRAs. The rules for withdrawals, rollovers and distributions are complicated, so you should carefully read IRS documents or consult a tax professional if you are uncertain about how to proceed.

The IRS and the Department of Veterans Affairs jointly offer free tax preparation assistance to military veterans. In addition, the Military OneSource Resources for Transitioning Service Members and Families provides free resources including access to MilTax, online software that can be used to file a federal and as many as three state tax returns. The service is available for 365 days after separation or retirement from the military.

When members of the military are discharged, they can claim some deductible expenses as they transition to civilian life.

The costs for travel incurred while job hunting; costs for resume preparation and any job placement fees are all deductible expenses on your taxes.