How to Manage Your Finances When Serving in the Military 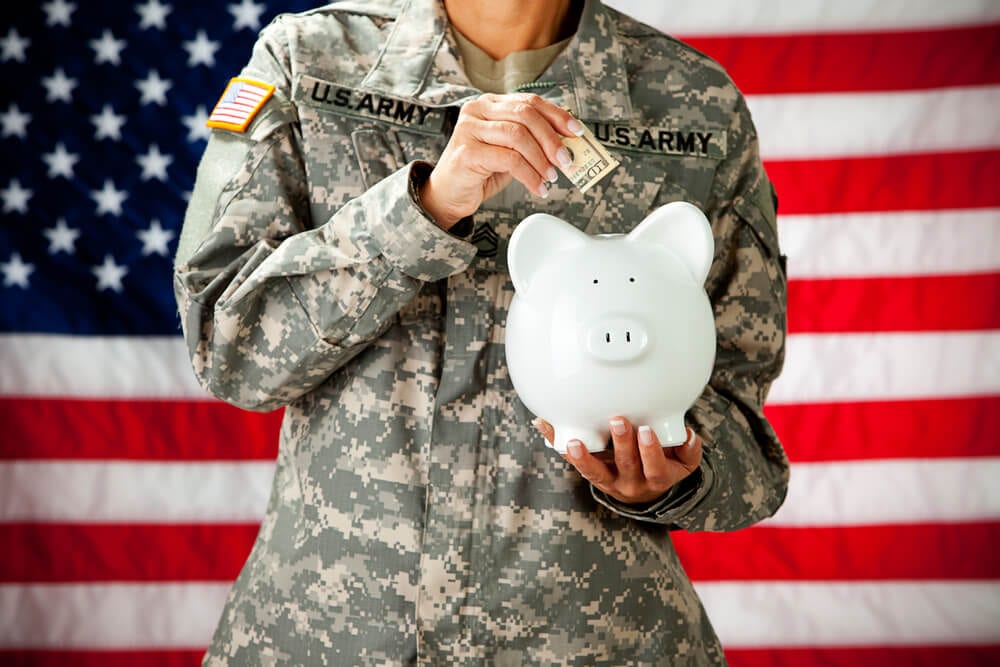 Every branch of the military recognizes that managing finances successfully is a critical element in soldiers being prepared to carry out their responsibility to protect our nation.

It is difficult to effectively train for an assignment if a servicemember is anxious about dealing with credit card debt, past due rent and utility bills or late car payments. Teaching military personnel and their families how to manage their money and stay out of debt is crucial to their success in the field.

For that reason, the Department of Defense developed a website – militaryconsumer.gov – aimed at improving financial literacy among active duty, retired servicemembers and their families. The website was created with help from the Federal Trade Commission and Consumer Financial Protection Bureau.

It offers education and advice on buying homes or cars; budgeting for individuals or families; checking credit reports and scores; avoiding scams directed at members of the military; and many other problem areas for military personnel.

The military also has partnered with the National Financial Educators Council to come up with a financial education program that helps each branch of service fulfill the requirements from a July 2016 law that mandates financial literacy training for all servicemembers.

Those are just of several steps the Department of Defense is taking with its initiative to make financial literacy a prominent part of a soldier’s training from the time they sign up for service until the day they leave.

Why Do Military Personnel Need Help with Finances?

The military life is not for the faint-hearted. Constantly being relocated, spouses losing jobs or having a hard time finding one and the possibility of deployment on a moment’s notice are just some of the strains that cause problems for soldiers and their families.

A 2014 National Foundation for Credit Counseling (NFCC) survey said 77% of servicemembers admitted to having financial worries and 55% believe they are not prepared to handle a financial emergency. About half say they have used loans from friends, family, credit cards or payday lenders to cover expenses.

So, while the problem of debt is universal, being in debt often is more common for active armed forces personnel and their dependents than for non-military families. Still, taking steps toward eliminating debt, which include debt management plans, debt consolidation and debt settlement, are available to everyone.

Admitting there is a problem with debt is one of the major problems members of the military must overcome. Too many people see admission there is a problem as a sign of weakness and try to cover it up until it becomes too big to handle.

The Department of Defense’s Office of Financial Readiness addressed the issue by offering Personal Finance Counselors (PFC) to any servicemember that requests one.

The financial literacy training is intended to be updated at each life-changing station in a soldier’s career, including initial training; first duty station, promotions; marriage; divorce; birth of first child and disabling sickness. It also should be part of leadership training, deployment training, separation from service and retirement.

The PFC is an independent contractor and does not endorse products or offer investment advice.

Military personnel and families who are overwhelmed with credit card or some other form of debt, have three major choices for relief: debt management programs; debt consolidation loans or debt settlement. Each one has pros and cons that make them the best – or worst! – choice for a given situation. The problem is that every consumer’s financial situation and goals are different so no one solution works for everyone. It is best to research each of those three and see if one is the debt-relief solution best for you.

Other debt-relief strategies also can work, including the popular “snowball” method. Snowballing begins with making a list of one’s financial obligations and then attacking the smallest one first, while paying only the minimum amount on larger debts. Each succeeding larger debt gets repaid in order until they are all retired. Snowballing can help someone get out of debt over the course of a few years, as long as new debt is not added.

Other strategies that could help military families eliminate debt include:

The United States has long recognized the need to offer financial assistance and protection to its military members, which was the spark for passing the Servicemembers Civil Relief Act (SCRA) in 2003. The main purpose of the SCRA is to allow servicemembers to focus on their job responsibilities without fear of adverse financial consequences for themselves or their families while they are training or fighting in battle.

Spouses and children of covered members can also qualify for certain protections as does anyone for whom a servicemember supplies more than half of their financial support.

Civilian employees or contractors who deal with the military are not covered by the SCRA.

The benefits of the SCRA start the day a servicemember begins active duty and legally expire the day the active duty period ends. However, some companies extend SCRA benefits for six months and as much as a year for certain financial products like credit cards and mortgages.

There are many areas of finance protected by the SCRA, but most of them deal with home, auto and credit cards. The SCRA provides protection related to mortgage foreclosures, rent agreements, automobile repossessions, any change in rates for credit card, life or health insurance and income tax payments.

Some of the more commonly invoked provisions of the SCRA include:

Though it is hard to imagine a situation where it helps, it is possible for servicemembers to waive the rights and protections afforded by the Servicemembers Civil Relief Act.

Any servicemember considering a waiver should read the document carefully and seek the advice of a qualified lawyer before signing.

In 2007, the Department of Defense (DoD) launched “Military Saves,” a department-wide financial marketing campaign to persuade and motivate servicemembers and their families to reduce debt and save money.

The program encourages members to take the “Military Saves Pledge” and automatically deduct a portion of their paycheck for a designated savings account. Military Saves is aimed primarily at enlisted military personnel, their spouses and children. These are the ones most susceptible to financial challenges and often the most inexperienced at making decisions that can either stabilize or cripple military families.

The goal of the program is to get military families to commit to feasible financial goals that help them create a more stable home life.

Some of the goals Military Saves sets for its members include:

All four DoD Services (Army, Air Force, Marine Corps, and Navy), as well as the Coast Guard and the National Guard Bureau, have participated in the campaign, enrolling more than 300,000 military members and their families since 2007.

Each year, more than 400 military installations and command centers, plus 113 financial institutions and 110 organizations participate in Military Saves Week, the last week of February. The campaign enrolled a record 33,000 pledges in 2015.

The Thrift Savings Plan is the most common place for members of the military to save for retirement, but there are tax advantages on Roth IRAs available to servicemembers in combat zones that make them worth considering.

The Thrift Savings Plan (TSP) originally was a retirement savings program for federal employees, but opened its doors to military members in 2000. It allows members to invest in traditional or Roth IRA retirement accounts. Members can invest up to $19,000 in 2019. Those who are 50 or older can invest an additional $6,000 in “catch-up contributions.”

The government offers matching funds that vary from 1% to 5%, based on the level of your investment. For example, someone contributing 5% or more of their salary for TSP will receive the maximum 5% matching funds.

The Roth IRA contribution advantage comes when you are in a combat zone making tax free money. You can contribute that money tax-free to a Roth IRA and when you take the money out, it comes out tax free.

So, you earn the money tax free; deposit it in a Roth IRA where it grows tax free; and then withdraw it tax free when you retire.

There are several options available for active duty military personnel with student loans.

Deferment halts payments while they are on active duty. There is no time limit on the military deferment. It does not end until six months after the servicemember is released from active duty.

Members of the military can petition their schools for up to a three-year grace periods or seek forbearance. Loan holders can also waive collection actions on servicemembers, who inform them of their military obligations.

Servicemembers could include their time in the military as part of the Public Service Loan Forgiveness Program (PSLFP). The PSLFP fully discharges what’s left of your federal student loan, if you put in 10 years in either the military or public service or some combination of both. You must make on-time payments for your student loan during those 10 years.

The IBR, ICP and PAYE programs base monthly payments on amounts earned and family size, which could be the best choices for members of the military.

It should be noted that the PSLFP applies only to federal loans, not private student loans.

Troops stationed in hostile fire areas do not have to pay interest on their student loans for five years. If they are injured, they could have all of their federal student loans discharged.

The National Guard pays up to $7,500 a year on student loans for members who enlist at least six years and meet other requirements. The maximum benefit is $50,000.