What Happens When You File Bankruptcy?

Your credit counselor recommended bankruptcy as a debt relief option, based on your financial situation. Read the below information to learn about bankruptcy and choose Bankruptcy Help to be connected with a bankruptcy attorney.

Bankruptcy is a court proceeding in which a judge and court trustee examine the assets and liabilities of individuals and businesses who can’t pay their bills and decide whether to discharge those debts so they are no longer legally required to pay them.

Bankruptcy laws were written to give people whose finances collapsed, a chance to start over. Whether it was bad decision-making or bad luck, lawmakers could see that in a capitalistic economy, consumers and businesses who failed, need a second chance.

And nearly all of them get it!

The American Bankruptcy Institute (ABI) did a study of PACER stats (public court records) from 2016 and found that 95.5% of the 499,909 Chapter 7 bankruptcy cases decided that year were discharged, meaning the individual was no longer legally required to pay the debt.

Only 22,388 cases were dismissed, meaning the judge or court trustee felt like the individual had enough resources to pay his/her debts.

Individuals who used Chapter 13 bankruptcy, best known as “wage earner’s bankruptcy,” were about split in their success. Slightly more than half (166,424) were discharged and 164,626 were dismissed.

The individuals and business who file for bankruptcy have far more debts than money to cover them and don’t see that changing anytime soon. In 2015, bankruptcy filers owed $113 billion and had assets of $77 billion, most of that being real estate holdings, whose real value is debatable.

What is surprising is that people – not businesses – are the ones most often seeking help. They have taken on financial obligations like a mortgage, auto loan or student loan – or perhaps all three! – and don’t have the income to pay for it. There were 844,495 bankruptcy cases filed in 2015, and 97% of them (819,760) were filed by individuals.

Most of the people filing bankruptcy were not particularly wealthy. The median income for the 819,760 individuals who filed, was just $34,392 and expenses were just $30,972.

It is important to understand that while bankruptcy is a chance to start over, it definitely affects your credit and future ability to use money. It may prevent or delay foreclosure on a home and repossession of a car and it can also stop wage garnishment and other legal actions creditors use to collect debts, but in the end, there is a price to pay.

When Should I Declare Bankruptcy?

There is no “perfect” time, but there is a good rule of thumb to keep in mind when you’re asking yourself the question: should I file for bankruptcy? If it is going to take more than five years for you to pay off all your debts, it might be time to declare bankruptcy.

The thinking behind this is that the bankruptcy code was set up to give people a second chance, not to punish them. If some combination of mortgage debt, credit card debt, medical bills and student loans has devastated you financially and you don’t see that picture changing, bankruptcy might be the best answer. If you don’t qualify for bankruptcy, there is still hope.

Other possible debt-relief choices include a debt management program or debt settlement, but both of those typically need 3-5 years to reach a resolution and neither one guarantees all your debts will be settled when you finish.

Bankruptcy carries some significant long-term penalties because it will remain on your credit report for 7-10 years, but there is a great mental and emotional lift when you’re given a fresh start and all your debts are eliminated.

Why Would You Declare Bankruptcy?

The primary reason for declaring bankruptcy is to start all over again with a clean slate.

However, there is a secondary reason for filing that might ease some of the tension related to your problems. Declaring bankruptcy will stop the badgering phone calls, letters and other attempts to contact and collect from you.

Legally, it’s referred to as “the automatic stay.” It means that creditors are prohibited from filing a lawsuit against you or entering liens against your property or constantly contacting you in an effort to get a payment on the debt. It also stops things like eviction, utility disconnection and wage garnishments.

Bankruptcy is a long- tormenting situation. Once you have filed, the process usually takes six months or more to complete. Before, and during that time, you and possibly your friends or workplace, have received phone calls from debt collection agencies trying to settle your accounts. Those calls must stop as soon as you declare bankruptcy.

Bankruptcy in the United States

Like the economy, there is a rise and fall to bankruptcy filings in the U.S. In fact, the two are as connected as peanut butter and jelly.

Bankruptcy peaked with just over two million filings in 2005. That is the same year the Bankruptcy Abuse Prevention and Consumer Protection Act was passed. That law was meant to stem the tide of consumers and businesses too eager to simply walk away from their debts.

What is Filing for Bankruptcy Steps to File for Bankruptcy

Bankruptcy is not simply a matter of telling a judge “I’m broke!” and throwing yourself at the mercy of the court. There is a process – a sometimes confusing, sometimes complicated process – that individuals and businesses must wade through to be successful.

How to File for Bankruptcy

The next step is to receive credit counseling within 180 days before filing your case. This is required step. You must obtain counseling from an approved provider listed on the United States Courts website. Most counseling agencies offer this service online or over the phone.

The courts want you to do this to make sure you have exhausted all possibilities of finding a different way to handle your problem. It’s important to understand that credit counseling is required. You will receive a certificate of completion from the course and this must be part of the paperwork when you declare bankruptcy, or your filing will be rejected.

Next, you file the petition for bankruptcy. If you haven’t done so at this point, this might be where you realize you need to find a bankruptcy lawyer. Legal counsel is not a requirement for individuals filing for either Chapter 7 or Chapter 13 bankruptcy, but you are taking a serious risk if you choose to represent yourself.

For one thing, you may not understand federal or state bankruptcy laws or be aware which laws apply to your case, especially regarding what debts can or can’t be discharged. Judges are not permitted to offer advice and neither are the court employees involved in a case.

There also are many forms to complete and some important differences between Chapter 7 and Chapter 13 that you should be aware of when making decisions. Finally, if you don’t know and follow the proper procedures and rules in court, it could affect the outcome of your case.

When your petition is accepted, your case is assigned to a court trustee, who sets up a meeting with your creditors. You must attend the meeting, but the creditors do not have to be there. This is an opportunity for them to ask you or the court trustee questions about your case.

There are several types of bankruptcy for which individuals or married couples can file, the most common being Chapter 7 and Chapter 13.

Chapter 7 bankruptcy is a chance to receive a court judgment that releases you from responsibility for repaying debts. You are permitted to keep key assets, considered “exempt” property, but “non-exempt property” will be sold to repay part of your debt.

Property exemptions vary from state to state. You may choose to follow either state law or federal law, which may allow you to keep more possessions.

Examples of exempt property include your home, the car you use for work, equipment you use at work, Social Security checks, pensions, veteran’s benefits, welfare and retirement savings. These things can’t be sold or used to repay debt.

Your assets will be sold by a court-appointed bankruptcy trustee. The proceeds go toward paying the trustee, covering administrative fees and, if funds allow, repaying your creditors as much as possible.

Chapter 7 is the most popular form of bankruptcy, making up 63 percent of individual bankruptcy cases in 2015.

Chapter 13 bankruptcies make up about 30 percent of non-business bankruptcy filings. A Chapter 13 bankruptcy involves repaying some of your debts to have the rest forgiven.  This is an option for people who do not want to give up their property or do not qualify for Chapter 7 because their income is too high.

People can only file for bankruptcy under Chapter 13 if their debts do not exceed a certain amount. The specific cutoff is reevaluated periodically, so check with a lawyer or credit counselor for the most up-to-date figures.

Under Chapter 13, you must design a three- to five-year repayment plan for your creditors. Once you successfully complete the plan, the remaining debts are erased.

However, most people do not successfully finish their plans. When this happens, debtors may then choose to pursue a Chapter 7 bankruptcy instead. If they don’t, creditors then can resume their attempts to collect the full balance owed.

The overriding principle of bankruptcy is that it gives you a fresh start with your finances. Chapter 7 (known as liquidation), wipes away debt by selling nearly all your possessions. Chapter 13 (known as the wage earner’s plan) gives you an opportunity to develop a 3-5 year plan to repay all your debt and keep what you have.

Both equal a fresh start.

During this time, a bankruptcy discharge could prevent you from obtaining new lines of credit and may even cause problems when you apply for jobs.

Still, because of the long-term effects of bankruptcy, some experts believe it’s most beneficial when you have more than $15,000 in debts.

Bankruptcy does not necessarily erase all financial responsibilities.

It does not discharge the following types of debts and obligations:

It also does not protect those who co-signed your debts. Your co-signer agreed to pay your loan if you didn’t or couldn’t pay. When you declare bankruptcy, your co-signer still may be legally obligated to pay all or part of your loan.

Most people consider bankruptcy only after they pursue debt consolidation or debt settlement. These options can help you get your finances back on track and won’t negatively impact your credit as much as a bankruptcy.

Debt consolidation combines all your loans to help you make regular and timely payments on your debts. Debt settlement is a means of negotiating with your creditors to lower your balance. If successful, it directly reduces your debts.

To learn more about bankruptcy and other debt-relief options, seek advice from a local credit counselor or read the Federal Trade Commission’s informational pages. 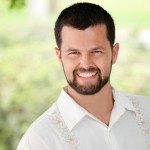 Devin is a graduate of Valencia College in Graphic and Interactive Design. Devin has over ten years of experience designing educational and inspiring materials for web, print and interactive media.