How Long Does Chapter 7 Bankruptcy Take?

A Chapter 7 bankruptcy usually takes about four to six months from filing to final discharge, as long as the person who’s filing has all their ducks in a row. There are a lot of moving parts to filing for Chapter 7 bankruptcy, and missing or delaying any one of them can slow down or stop the process.

Once filed, a simple case, known as a “no asset” case – the person has no personal property or financial assets that can be liquidated to pay off creditors – can be discharged in a matter of weeks once all the other steps are completed. The more complicated the case, or if the person filing is slow to do what’s required of them, the longer it can drag on.

Bankruptcy cases take place in U.S. Bankruptcy Court. Each state has one, but the process actually starts before you file. Those planning on filing have to be able to prove to the court they don’t have the money to pay their unsecured debt and are also required to take a credit counseling course before they can file.

Once Chapter 7 bankruptcy is filed, the court process starts. It involves loads of paperwork and documentation and a strict schedule. Things that can delay it include not filing all the paperwork on time,  misrepresenting property as exempt or creditors disputing a discharge.

The length of time it takes really depends on the person filing, whether they do it properly and how complicated their financial situation is.

What Is Chapter 7 Bankruptcy?

Chapter 7 bankruptcy is called “liquidation bankruptcy,” because, in theory, a person’s assets are “liquidated” to pay their unsecured debt. In reality, most people who file Chapter 7 get to keep their house, car and other necessary assets, as long as they stay current on payments.

Before you can file Chapter 7 bankruptcy, you must pass a “means test,” which shows that you don’t have the means to pay your unsecured debt. That would mean  things like credit cards, medical bills and personal loans – debt that isn’t tied to collateral like a house or car. The majority of people who filed bankruptcy in 2020 cited the problem as “consumer debt,” which is debt caused by buying things, much of it credit card debt.

While some assets are sold to pay back that debt, you get a break through state and federal exemptions that allow homes and cars up to a certain value to not count. The amounts vary, depending on where you live, but most people who file don’t have to give up those assets. Things like home furnishings, tools needed for work and other essential property is protected. Things thar aren’t protected are luxury items, like jewelry, coin collections, second homes, hobby cars, as well as insurance policies, bank accounts, inheritances and money from lawsuits.

“You need to disclose all of your assets in detail along with your income,” said Michael Cibik, a bankruptcy attorney ,with Cibik & Cataldo, in Philadelphia, and a former Chapter 7 trustee with the U.S. Bankruptcy Court. After assets and exemptions are sorted through, “You need to have a disposable income of less than $100 per month after deducting reasonable monthly personal expenses.”

If a person doesn’t pass the means test, the bankruptcy judge likely won’t accept the case. If the case is accepted, the money raised is used to pay the bankruptcy trustee and cover administrative fees, with the rest going to creditors to pay off unsecured debt.

While Chapter 7 clears the deck of debt, it also stays on your credit report for 10 years and makes it hard to buy a house or car, get other loans or credit, and sometimes even get a job. So, in some ways, Chapter 7 bankruptcy lasts longer than just the court process.

It can’t be used to discharge federal student loans, alimony or child support or tax debt.

The Chapter 7 bankruptcy process has many steps. Your obligation includes gathering information required by the court and the trustee, taking a credit counseling course, paying a filing fee, which sets the court process in motion, attending a “meeting with creditors,” and more. The judge could discharge your debt once all that happens.

The bankruptcy trustee assigned to you by the court will meet with you, in a 341 hearing, usually referred to as the “meeting of creditors.” While your creditors are invited, they don’t generally attend. The meeting usually takes about 10 minutes and requires much of the same paperwork you used to file for bankruptcy. The trustee will request the documentation from you beforehand, and, again, the quicker you provide them, the faster the process will go. The trustee will go over everything with you and determine how much your creditors will be paid.

The trustee has 30 days after the meeting to object to an exemption that you’ve requested, and creditors have 60 days to object to the debt discharge.

You have a deadline – 45 days – to determine what will happen to your secured debt, like your car payments or mortgage.

Yes, you took the credit counseling course before you filed. You also have to take a debtor education course after you’ve filed. It’s required and administered by agencies certified by the U.S. Trustee Program. This course focuses on how to make good financial decisions and avoid future bankruptcies. You have 60 days to take the course after the 341 hearing and must file a certificate of completion with the court. If you don’t, your bankruptcy is dismissed.

Once the deadlines have passed and the court gets all the required documentation, including the certificate showing you’ve completed debtor education, the judge issues the discharge. You will receive an official order by mail once that happens.

If you want to check the status of your case, there is a toll-free 24-hour number, the Voice Case Information System, 1-866-222-8029. You need to know the specific court (your state’s bankruptcy court), your case number, your complete name the case was filed under, and Social Security number or individual taxpayer identification number to get your case information.

How does the Chapter 7 Process Differ from Others?

Chapter 7 is a much faster process than Chapter 13. Once Chapter 7 is discharged, the court process is finished. The rest – maintaining a budget and living within your means – is up to you. With Chapter 13, the court, you, your trustee and your creditors agree to a repayment plan that takes 3-5 years. The plan is based on what the court determines your ability to pay is, and if you stick with it, the rest of your unsecured debt is discharged once it’s completed. If you don’t, the bankruptcy is dismissed and you’re back in the situation you were in before filing.

What Affects the Chapter 7 Bankruptcy Process?

Cibik said things that commonly slow the process down include “tardiness or noncompliance in getting the proper documentation to the trustee,” as well as objection to discharge by creditors, too much income, excess equity in real estate, a pending inheritance, or outstanding lawsuit where the debtor is the plaintiff. “That’s  just to name a few things that could go wrong,” he said.

Lyle Solomon, a bankruptcy attorney of Oak View Law Group in Sacramento, Calif, said the fact bankruptcy is complicated can cause issues. “There is a lot of paperwork, things need to be filed in a timely and complete manner,” he said. “There are generally two things that can slow the process from the petitioner’s side: The speed at which they get me all of the information correctly — if I don’t have everything in time, this can force a rescheduling, which is typically a month or so. Also, the more assets you have slows things down, the courts have to assess your property and what should be sold and what should be kept. This can take months.”

He said the worst delay is if a creditor doesn’t believe the person filing should be eligible and files a lawsuit. “This can delay your case by a year or more,” Solomon said.

Speak with a Professional

The U.S. Bankruptcy Court strongly suggests that those filing get an attorney. Court officials, including judges, are barred by law from offering advice to people who’ve filed for bankruptcy. The court does have information and documents available for those doing it themselves, legally called pro se.

Filing for Chapter 7 Bankruptcy Yourself

“Pro se litigants are expected to follow the rules and procedures in federal courts and should be familiar with the United States Bankruptcy Code, the Federal Rules of Bankruptcy Procedure and the local rules of the court in which the case is filed,” the U.S. Bankruptcy court says on its website.

Those filing pro se can hire a non-attorney petition preparer, but the prepares can only enter information into forms, they can’t offer legal advice or assist in other ways.

Cibik and Solomon both say that while hiring a bankruptcy lawyer isn’t necessary, hiring one can be a huge help. The process will end up costing between $1,500 and $2,500.

“The Bankruptcy Code is complex — almost as complex as the Tax Code,” said Cibik.. He served as a bankruptcy trustee under Chief Bankruptcy Judge Emil Goldhaber. “My favorite quote from [Goldhaber] was, if you DIY, ‘it’s almost like performing brain surgery on yourself.’”

Solomon said that he’s had people come to him for help after trying for months to do it themselves.

Talk to a Credit Counselor Before Filling

It may also be wise before embarking on the process, to participate in credit counseling, so you can fully assess your situation. Such credit counseling agencies are listed with the National Foundation for Credit Counseling. Counselors may recommend a debt management plan, in which the agency negotiates lower interest rates with creditors, usually credit card companies. You would pay one monthly payment to the debt management agency over three to five years, and the agency pays your creditors.

While there’s a small monthly fee as part of the monthly payment, bankruptcy, if hiring an attorney, can end up costing more. Also, unlike bankruptcy, a debt management plan doesn’t appear on your credit report, and will eventually result in a higher credit score, so it doesn’t have the negative impact on your ability in the future to get loans or financing that a bankruptcy would. 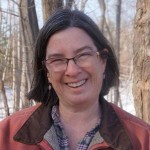 Maureen Milliken has been writing about finance, banking, investment, entrepreneurship, real estate and other related topics for more than 30 years. She started as the “Business Beat” columnist for the now-defunct Haverhill (Mass.) Gazette and currently is one of the hosts of the Mainebiz business-focused podcast, “The Day that Changed Everything” in addition to her daily writing. She also is is the author of three mystery novels and two nonfiction books.