College-educated women are catching up with men in the workforce, but many other women, especially single mothers, are facing great financial challenges, a new report shows.

The Pew Research Center this week issued a report, titled “Breadwinner Moms,” that shows 40 percent of all households with children under the age of 18 are headed by mothers who are either the sole or primary income generator for the family. That’s a record spike from 1960 when women’s share was just 11 percent.

A total of 5.1 million of these women are married moms who earn higher incomes than their husbands and the majority — about 8.6 million — are single mothers, the study shows.

While the results from the Pew report are good news for married, college-educated women, who shared a total family income of nearly $80,000 in 2011 (generously above the national median of $57,100 for all families with children), the findings also showed that mothers raising children on their own earned a median income of about $23,000.

To put this in perspective, the 2011 poverty guideline for a single mom with two children was $18,530 in most states, which leaves 8.6 million single mothers in a difficult financial place that could worsen if they become unemployed and take on greater debt.

Today, women make up nearly half the U.S. labor force; a drastic improvement from the 1960’s when women comprised a little over one-tenth of the work force. This increase in employment may be what is keeping women from falling into the kind of debt that can only be resolved with bankruptcy.

Bankruptcy will take a toll on your credit and the ability to use your money in the future. It plays havoc on your property, too, possibly preventing or delaying foreclosure on a home and repossession of a car.

A report issued in 2011 by the Institute of Financial Literacy, titled “A Five Year Perspective of the American Debtor,” shows the gap between women and men who filed for bankruptcy is shrinking.

There is a lack of current research showing why those figures followed that pattern or if they are continuing to decrease for women and increase for men; however, that report’s authors suggest that this closing gap could be a reflection of the U.S. population at that time. Women accounted for 50.8 percent of the population and men represented 49.2 percent of all U.S. residents in 2010.

The narrowing gap might also be a result of more women entering the workforce and avoiding the kinds of pitfalls that land them in bankruptcy court.

Income Disparities in the Workforce

While men still account for the majority of the workforce, single and married mothers are stepping out of their homes to make a 13.7-million person dent, about 47 percent, in the workplace.

Despite closing the gap in the workforce, working women are making significantly less than their male counterparts. In 2011 the median annual earnings for women working full time, year-round was $37, 118. For men, the average earnings were $48,202. If you examine the gender gap in pay over a lifetime, women make $434,000 less than men, according to a fact sheet from the Democratic Policy and Communications Center.

Unfortunately, unequal pay may begin right at the start of your career. Just as they enter the work force, women are earning 7 percent less in their first year than their male peers, according to research from the American Association of University Women (AAUW).  The men and women in this study came from similar backgrounds and held similar jobs, but did not receive equal pay.

That difference suggests that gender discrimination remains a significant problem in the workforce. Unfortunately, the Senate did not pass suggested legislation in June of 2012, which was intended to prevent this type of discrimination.

The Paycheck Fairness Act would have legally required employers to be able to prove that salary differences between men and women doing the same work were not gender-related. If the act had passed, it might have brought us one step closer to avoiding debt and bankruptcy, but a 52-47 vote opposing the bill ended the discussion for now.

Making this inequity all the more distressing is the fact that this first year of employment is a crucial time, setting the standard for a future salary and potential raises. Additionally, many graduates must take the first fruits of their earnings to begin paying off student loans.

Yet, for every dollar men are earning, women earn 93 cents.

This AAUW study also accounts for the factor of choice, regarding how women pick majors, decide what field to work in and how many hours they will work. Previous studies that did not account for the choice factor found that women were earning 18 percent less than men.

The gender gap may be diminishing—revealing that women are taking financial steps in the right direction—but still have their work cut out for them if they hope to be paid their real worth. 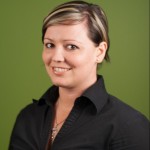