When the House of Representative passed the $3-trillion HEROES Act on May 15, it all but guaranteed that a second stimulus check would arrive for Americans in need of financial help for COVID-19.

How much that guarantee is worth and when it will be delivered is up to the U.S. Senate, which is debating the many provisions in the HEROES Act, including the enormously popular $1,200 direct payment to American workers.

Senate Majority Leader Mitch McConnell (R-Ky) has endorsed the idea of a second stimulus check but has hinted that a lot less people will be getting one this time.

“We want another round of direct payments to help American families keep driving our national comeback,” McConnell said. “The people that I think have been hit the hardest have been people making $40,000 a year or less. We’re going to be acutely aware of that particular segment of our population going into this next package.”

The second stimulus check is one of several provisions of the HEROES Act that McConnell and the Republican-controlled Senate will try to trim so it fits in the $1 trillion budget they envision for this relief bill. McConnel is hoping to get the bill to a vote by the end of the week.

The rush is on because some parts of the CARES Act that passed unanimously back in March, are due to expire July 31. Coincidentally, that’s the same day the House of Representatives goes on a five-week vacation. The Senate is scheduled to go out for a month on Aug. 7, so time is a factor in getting this done.

Senators probably will have a chance to vote on their version of another relief bill and it’s expected to be considerably different from the HEROES Act that was passed two months ago in the House. Some of the questions to be answered in the Senate bill include:

In other words, will the HEROES Act do something truly heroic and get the debt collectors off everyone’s back?

These are some of the urgent questions that more than 17 million unemployed Americans are asking.

Countless Americans who have suffered job losses, foreclosures, bankruptcies, broken families, serious depression, and other illnesses during the coronavirus lockdown have had their hopes raised by the HEROES Act.

The coronavirus relief bill, championed by House Speaker Nancy Pelosi passed by the Democrat-run House of Representatives by a margin of 208 to 199.

But what’s really in the HEROES Act? And what’s just political posturing and more false hope in this Three Horses of the Apocalypse year America is going through? The combination of the COVID-19 pandemic, the resulting lockdowns that devastated the economy, the riots that broke out in numerous cities and the looming bitterest presidential election campaign (or non-campaign), make this one of the most important pieces of legislation in modern U.S. history.

We dug into some vital questions. Here are the facts:

The Republican-controlled Senate will vote on the Democratic House bill sometime this week. Don’t expect the HEROES Act to become law, at least in its current form.

Look for extensive political negotiations and cuts before the House and Senate agree to pass an ambitious second coronavirus relief bill, President Trump sign it, and the mythical second stimulus check becomes a reality in your bank account.

When the HEROES Act was passed, McConnell called the bill “an unserious product from an unserious majority.” Republicans say it’s a progressive wish-list fat with non-pandemic pork, such as benefits for the cannabis industry.

Note that the $3 trillion bill passed by only nine votes. Fourteen Democrats voted against it. Progressives didn’t think it was progressive enough. But the massive relief legislation was an effective Democratic strategy that puts the bill in the Republicans court.

President Trump said the bill was “Dead on arrival.” Of course, Pelosi knew that, even before the House passed it.

But Trump says he supports another round of economic relief payments, including a second stimulus check. He might even support extensions of supplemental unemployment check and the Paycheck Protection Program that gives COVID-19 relief loans, or in effect grants, to small businesses, but only if he gets his primary wish, which is a payroll tax cut.

The payroll tax cut is not popular with the Democrats or even many Republicans so this might be a sticking point to watch closely.

What Is in the HEROES Act?

The HEROES Act is a massive, $3 trillion proposal, even more ambitious than the $2.2-trillion CARES Act.

The sweeping relief legislation promises a second stimulus check, debt relief, student loan forgiveness, hazard pay, six more months of COVID-19 unemployment, housing and food assistance, and nearly $1 trillion in aid for state and local governments so they can pay “vital workers like first responders, health workers, and teachers” who are at risk of losing their jobs due to budget shortfalls.

The HEROES Act also makes changes to the federal government’s new Paycheck Protection Program for small businesses. The plan currently requires small businesses to use 75% of the money for payroll expenses, or be forced to pay it back as a loan.

The new proposal eliminates the 75% requirement, so small businesses could use the money as they pleased. In a classic case of unintended consequences, many businesses found they couldn’t use the money on payroll. Their employees didn’t want to be put back on the payroll because they were making more from COVID-19 unemployment.

The HEROES Act includes a one-time stimulus check payment, similar to the CARES Act, of $1,200 per person up to $6,000 per household, but with several more generous features.

The HEROES Act pays $1,200 for each dependent (up to three dependents), more than double the CARES Act payment (which paid $500 per dependent), and allows adult dependents.

The first round of stimulus checks excluded adult dependents, which excluded many college students and immigrants. People without a Social Security number were excluded from the first round of checks. The HEROES Act says all you need is a taxpayer ID number. Republicans aren’t excited over that.

The HEROES Act sets aside $200 billion for hazard pay. Hazard pay would be:

Gig workers, independent contractors, part-time workers and the self-employed will also be able to take advantage of unemployment benefits through March 2021.

But the legislation also cancels up to $10,000 for some federal and private loan holders. Democrats scaled this back from a proposed $30,000 in canceled student loan debt.

Don’t expect Republicans to do cartwheels over any of it.

America’s 40-million-plus renters were overlooked by the CARES Act. Not so the HEROES Act, which provides approximately $100 billion for rental assistance.

Here’s how it would work: An existing nationwide grant rental assistance program would verify a tenant’s inability to pay rent and give vouchers to cover the cost of rent and utilities.

It would also extend the ban on evictions for nonpayment for a year following its enactment date.

It would amend the previous stimulus package so that borrowers of any “covered mortgage loan” (any secured by a mortgage or deed of trust on one-to-four unit dwelling) would be eligible for forbearance for up to a year if they affirm that the coronavirus has affected them financially.

Previously, only borrowers of federally backed mortgages were eligible for 12 months of forbearance. The legislation also provides a national foreclosure and eviction moratorium for one year, and extends benefits to mortgage servicers, who naturally struggle when the government says they can’t collect mortgage payments.

Don’t get your hopes up for some magic proposal that stops the debt collector in his tracks.

The HEROES Act includes a moratorium on debt collections during the pandemic and 120 days thereafter. Democrats realize this would all but destroy the debt collection business.

So, to make the whole idea more palatable to Republicans, Democrats, usually no fans of debt collectors, included long-term, low-cost loans for debt collectors to compensate them for being denied collecting their debts.

What Was Left Out of the HEROES Act?

Plenty. By the time you get your stimulus check, one or two trillion dollars of Democratic pandemic relief will have been cut from the bill during negotiations with Republicans.

The Democrats also left a lot out of the HEROES Act to start. Most notable were proposals for a $2,000 a month stimulus check into the distant future, or to guarantee workers’ wages up to $90,000 a year.

Those dreams got trimmed down to the reality of a one-time second stimulus check that it says here Democrats and Republicans will pass, with a few minor changes, so we can all move on to another question:

When do a get a third stimulus check?

Never, analysts say, at least in this pandemic. This is the last big coronavirus relief package.

At least until the next one! 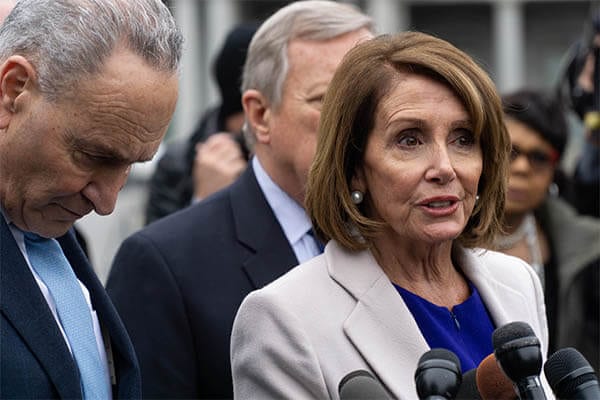