Now that the college graduation parties are over, parents and students can sit down and have a serious talk about who’s going to pay for it.

College, that is, not the parties.

The cost of college and how families are paying for it, has dimmed the celebration that should accompany receiving a diploma. Some people even question whether sending a child to college is a good investment anymore.

That might be OK if wages kept pace. They didn’t. Not even close. The Economic Policy Institute says that wages for the vast majority of Americans have declined ever since 1979, with the greatest losses in recent years coming among those with college or advanced degrees.

That’s while Junior is in school. The numbers get worse when he or she graduates.

Nearly 72% of the 2.3 million students who just received a diploma, also took home an invoice for student loans. Mark Kantrowitz, who has been tracking student loan numbers for decades, said the average amount owed by 2016 graduates is a record-setting $37,173.

“Unfortunately, there’s not much families can do that they aren’t already doing to keep student loan debt in check,’’ said Kantrowitz, publisher of Cappex.com, a web site that connects students with colleges and financial aid. “Wages have been flat since 2000 so they don’t have more resources to pay for school.”

So, who’s going to pay the student loan debt?

Let’s start with some good news: It might be the students.

The 2016 graduates are walking into the most receptive job market in eight years. The Economic Policy Institute says that unemployment for recent graduates in only 5.6, the lowest since 2008. A recent survey of employers says they will hire 11 percent more graduates than a year ago and the average starting salary ($48,707 for 2015 grads) is expected to rise gently.

That’s it for good news.

The bad news is that more than half of last year’s graduating class took jobs that didn’t require a college degree and that number likely will increase this year. Compensation for the jobs they’re taking – waitress, bartender and cashier are three of the most popular – has risen less than 1% since 2000. The starting salaries for those jobs range from $23,000 to about $31,000.

Now compare that to the cost to pay back the “average” student loan debt. Here is where the bad news gets troublesome for families.

If you have $37,173 in student loans and use the standard 10-year repayment plan, you will pay $428 a month. If you live on your own – meaning not in your parent’s home – and devote 10% of your income to repaying the student loan, you will need an annual salary of $51,334 over the next decade to eliminate your student loan debt.

If you devote 15% of your salary to payments, you’ll need only $34,223 in annual salary, but you put yourself in danger of incurring an economic hardship if anything in your life changes. By “anything” we mean getting married, having children, buying a home or even a car.

That may explain why more adult children are living with their parents than at any time since the Great Depression era of the 1930s. According to Pew Center Research, 32.1 percent of children ages 18-34 are living with Mom and Dad today. That’s the highest percentage since 35 percent lived at home in 1939.

So how do we keep the long-time marriage between college education and middle-class living together – not to mention get our sons and daughters out of the house after graduation?
There is no simple answer, though Kranowitz offers some common sense suggestions.

File the Free Application for Federal Student Aid (FAFSA) to qualify for federal and state grants.

Take advantage of free money. Search for scholarships on web sites like cappex.com/scholarships and apply for any for which you are eligible.

If you have to borrow, federal student loans are cheaper, more available and have better repayment terms than private student loans.

After graduation, look at debt consolidation, Income-Based Repayment, Pay As You Earn, Extended Repayment Plan and other programs that help you make student loan repayment an affordable part of your budget.

And don’t throw any graduation parties until the last payment is made on student loans. 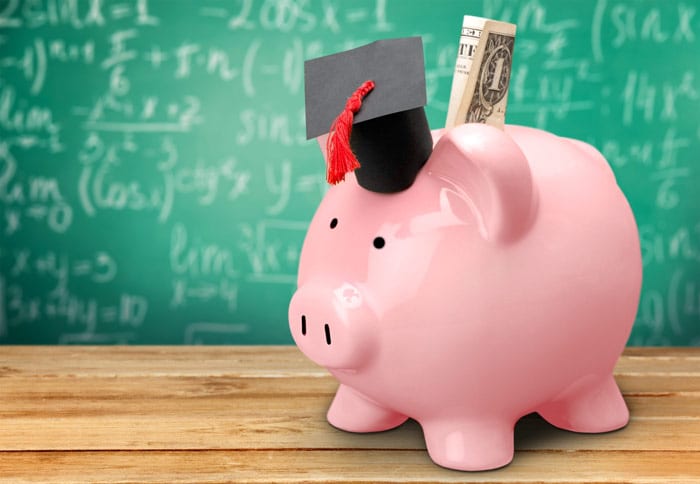