While Governors in several states are trying to crack open the door on the shuttered U.S. economy, the news from two key elements of a would-be revival – employment and money to pay small business workers – is still not good.

The COVID-19 pandemic had another 3.8 million workers file for unemployment in the week ending April 25. That pushes the total number of jobless claims to 30.3 million in the last six weeks and experts believe that number is low.

At least some of those unemployed workers come from small businesses that are fighting a mostly losing battle for money from the Paycheck Protection Program (PPP). The program was supposed to provide financial help during the coronavirus shutdowns and help owners meet payroll and expenses for an eight-week period.

The PPP emptied its original appropriation of $349 billion the first week it opened. More than 1.6 million businesses received funding, but 80% of the applications were denied. Much of the approved money went to national chains posing as small businesses.

The Washington Post reported that nearly 300 public companies reported receiving money from the PPP and 43 of them had more the 500 employees, the supposed maximum to be classified as a small business.

Congress threw another $321 billion at the program, but it appears Round 2 isn’t going much better than Round 1. Amanda Ballyntine, Executive Director of the Main Street Alliance, a 50,000-member national network of small business coalitions, said more money isn’t going to help, unless it’s aimed at companies that are truly “small businesses.”

“The dangerous inequities we saw with the first round will not be resolved,” Ballantyne said. “Minority-, immigrant and women-owned businesses are still being left out. It is ludicrous that Congress thinks it has done its job supporting small business.”

Disbursements for Round Two of the PPP began April 28, but by May 1, only $90 billion of the $321 billion had been committed. Some of the holdup is because the government is working harder to qualify businesses after a fast, but disastrous funding process in Round One. Treasury Secretary Steven Mnuchin said the government would audit all loans over $2 million before it forgives the loans, one of the key elements of the PPP.

Two small business owners, Tom Murphy of Mercury Plumbing in Orlando, FL and Canden Arciniega of Free Tours by Foots in Silver Spring, Md., think they may have gotten PPP applications successfully through, but neither is certain.

Murphy has 13 employees, many of whom he said he would have laid off, if not for the funding from the PPP. He tried to apply April 3, the first day of the original funding through his long-time bank, Wells Fargo, but nearly a month later, still hasn’t even received a loan application from them.

“First Home sent me an email (April 30) saying that all the conditions satisfied, but the money is not funded yet,” Murphy said. “I’m not really sure what that means, but I have a strong feeling the money is going to come.”

Murphy asked for the limit available for a company his size – 2.5 times the monthly payroll or about $150,000 – and is relieved that now he can keep paying his employees and hope business returns to normal.

“I’m really happy about getting the money, but the bottom line is, I had to know somebody to get my foot in the door,” Murphy said. “Based on my experience, I would say the PPP is unevenly and ineffectively being administered.

“Most small business owners I know, have not received the help they desperately need, while the big companies were funded quickly. Many small businesses will go under before the help actually arrives.”

Arciniega has an even smaller business, with just six employees. Free Tours by Foot relies on the travel and tourism for its’ customers, two industries crippled by COVID-19. She has only six employees and was asking for $60,000 to cover salaries.

“We don’t even have an office or any expenses to pay other than salaries, so we’re really who the program was targeted at,” Arciniega said.

She also tried to start the process with Wells Fargo in the first round, but couldn’t get an application there. She turned to the internet, saw some positive articles about fintech, Kabbage, and filled out an application with them.

Kabbage pushed the application through and four days into the second round of funding, she received an email from the Small Business Administration saying she was approved for the $60,000.

Arciniega was cautiously optimistic. She has children ages 3 and 1-year-old, and is married to a musician, who also can’t work because of the lockdown.

“I haven’t seen the money yet, but if we get it, at the very least I can support my family,” she said.

Her entire company has been out of work for a month and all of them have started collecting unemployment, but she hopes that will change soon.

“When the travel industry opens up again, our plan is definitely to hire everyone back,” she said. “I hope all my employees will return, but I know they’re looking for jobs and I don’t blame them. This is such a weird time, but I’ve put a lot into my business and I’m going to do what it takes to make it work.” 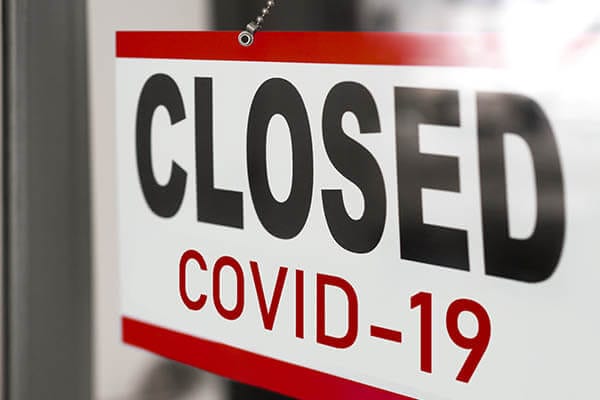