Some Liberal Theories about Why America Has So Much Consumer Debt

There’s no denying that a nationwide consumer debt crisis continues to wreak havoc on middle- and lower-class households. But those on opposing sides of the political spectrum disagree about how we as a nation got here and how we can recover.

Liberals and Democrats believe consumer debt is the result of a flawed economic system that favors individuals who are already rich. They think it’s the government’s job to take action in favor of indebted Americans and help citizens take control of their household finances.

Conservatives, on the other hand, believe a lack of consumer responsibility got us here. They say the best way to fix the problem is to lend a hand to potential job-makers such as corporations and wealthy individuals. Liberals say these ideas are fundamentally flawed and ignore key economic factors.

Why We Have So Much Debt

Liberals take the position that consumers got into debt because of circumstances out of their control. After all, they say, no one would choose to borrow money they know they cannot afford to repay; this would just set them up for a lifetime of interest payments and calls from debt collectors.

Arianna Huffington, a liberal-leaning political commentator, explained in her 2010 book, “There are those in our country who look at the struggles of the middle class — mortgage underwater, foreclosure notices, mounting credit card bills, bankruptcy — and think ‘They got into this mess of their own free will; they’re just getting what they deserve.’ ”

But, Huffington goes on to say, the ongoing debt crisis wasn’t brought about by a sudden peak in the middle class’ irresponsibility. This conservative response ignores fundamental problems leading up to the crisis, she says.

Liberals believe many Americans were tricked into accumulating debt they could never afford to repay. For years, predatory lending tactics convinced consumers they had reasonable loan options. These tactics maximized businesses’ profits without regard to the inevitable fallout.

Since then, debt has become a vicious cycle for many. With no savings left to rely on, Americans are forced to take on even greater levels of debt to pay for fundamentals like health care and higher education.

Democrat Mike Easley, then the governor of North Carolina, argued the point in 2006, stating, “The middle class is getting deeper and deeper into debt, not because they’re over-consuming but just because they’re trying to maintain their standard of living.”

The ongoing debt crisis will eventually come to an end. But the government’s ideal role in its conclusion is debated.

There are four basic strategies the government can use to end the crisis:

The Center for American Progress, a top liberal think tank, believes it should be policymakers’ top priority to carry out the second and third items on this list, rather than allowing the situation to get worse. The organization calls for Congress to make it easier for average Americans to repay their debts and get back on track. It wants people to see increases in their take-home wages, even if the increases are temporary.

Other Democrats call for the final option. In a 2006 survey, 96 percent of Democrats agreed that the government should take action to lower the cost of living.

Conservatives and Republicans suggest that the government should help the very wealthy rather than directly helping those in need. Aiding the wealthy will prompt them to create more jobs and stimulate the economy, thereby helping the rest of America.

Bruce Bartlett — an economist who’s worked for Republican members of Congress as well as under Presidents Ronald Reagan and George H.W. Bush — disagrees. He wrote in 2011, “Republicans favor tax cuts for the wealthy and corporations, but these had no stimulative effect during the George W. Bush administration, and there is no reason to believe that more of them will have any today.”

Liberals also point to today’s economy as proof that conservative theories are flawed. The Bureau of Labor Statistics, an impartial bureau of the U.S. government, tracked companies’ large layoffs for the first half of 2011. It found that 144,746 were because of low business demand and a suffering economy, while only 1,119 were because of President Obama’s Democratic government regulations.

Democrats use this study to show that the middle class’s high debt and reduced purchasing power have caused a reduced job market, and the lack of available jobs is not the result of taxes on the upper class.

Democrats are also quick to point out that few rich people and successful companies got to their positions without help. Most had the help of a strong economy, and some even used government programs to help them launch their projects. Because the built-in support system helped them become successful, they should now do their part to give the same opportunities to others, Democrats say. 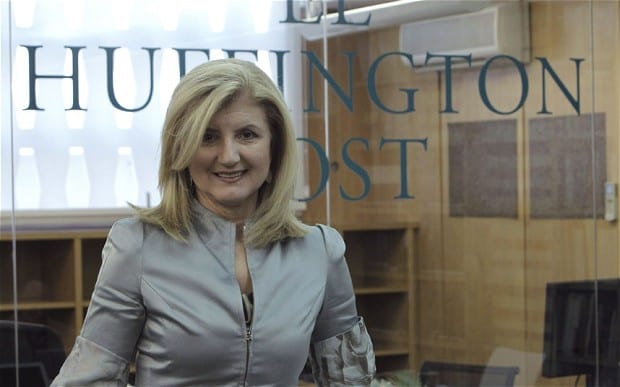