When the bell rings to start a new school year, college students, especially the 70 percent using loans to pay for expenses, need to catch up on a few news items that surfaced during the summer break.

Here is the quick summary of what happened while you were away:

The first two bullet items are related in that the choice between federal and private loans overwhelmingly has favored federal for most of the last decade. That could be changing as banks quickly recover from the Great Recession and more money is available for lending.

The good news with this system is that Treasury index rates are at historical lows and the rate you receive this year is fixed for the life of the loan. The bad news is that, if you need another loan for next year, the interest rate likely will change, and even more likely, go up.

The new legislation mercifully caps interest rates at 8.25 for undergraduates, 9.5 percent for graduate students and 10.5 for parents who take out PLUS loans.

Students with credit scores over 800, and parents who will to co-sign for the loan, might have alternatives to consider at private lending institutions.

Some private lenders have lowered rates for their most creditworthy customers because borrowers have been very good about paying the money back. MeasureOne, a California company focused exclusively on student loan data, says that serious delinquent loan repayments (90-plus days past due) have declined to just 2.55 percent from their peak of 7.33 percent in 2009.

That has encouraged the top six private lending institutions – Sallie Mae, Discover, PNC, Navient, Citizens and Wells Fargo – to drop rates to between four and six percent for their best customers. Sun Trust is offering the 4.0 interest rate, while Sallie Mae’s best customers get a rate of 5.74.

The major drawback to private loans is that there is little flexibility if you fall behind on repayment. Federal loans offer things like loan consolidation, income-based repayment, deferment and other avenues to assist borrowers who lose their job or suffer an unforeseen financial hardship.

College Degree Does Pay Off

Students who do have borrow for college, owe an average of $30,000 when they graduate. According to Pew Center Research, a non-partisan think tank in Washington, D.C., that creates a notable financial gap between them and their peers.

One more positive fact worth noting before you start school: The increased interest rate is only going to add about $4 a month to your payment. Skip lunch once a month and you should be able to handle it. 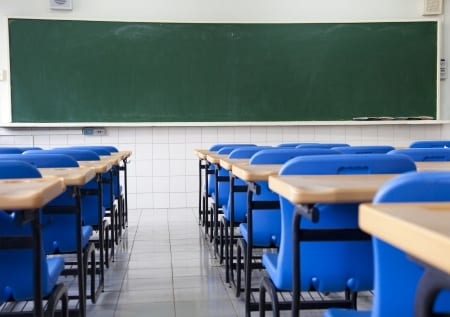