In a Report to Congress June 28, 2012, the Consumer Financial Protection Bureau (CFPB) discovered during its investigation into reverse mortgage transactions that these types of programs are in danger of being misused.

The 231-page report on the $90 billion industry indicated that instead of providing necessary monthly income for mostly older consumers as they age, reverse mortgages were being issued to much younger homeowners, thereby increasing the chances they will run out of much-needed money over time.

Although mortgage refinancing often alleviates debt problems, The study indicated nearly 50 percent of borrowers in 2011 were younger than 70 years old.

What is a Reverse Mortgage?

The reverse mortgage concept, which first began in 1961, is intended to help homeowners during their retirement years use the equity in their homes to pay off mortgage debt and live free from payments. Reverse mortgages have been insured by the Federal Housing Administration (FHA) for the past 24 years.

The federal program is administered by the Housing and Urban Development (HUD) and it secures access to a portion of home equity. Homeowners are also able to draw upon the mortgage principal through monthly payments over a specified time or as a revolving line of credit.

The loan amount isn’t due until the home is sold, the borrower moves out or dies. A reverse mortgage has become an appealing alternative for seniors in need of cash as it is much easier to obtain than a home equity line of credit.

The FHA reverse mortgage, also known as the Home Equity Conversion Mortgage (HECM) not only guarantees homeowners will not lose access to funds, it insures lenders against losses.

In addition, the CFPB report stated that 70 percent of reverse mortgage borrowers took their available equity in one lump-sum, which increased the opportunity for mishandling. Financially-strapped borrowers who cannot pay property taxes and/or insurance are typically at serious risk, as these are conditions for the loan.

As of February 2012, it was estimated 10 percent of people with reverse mortgages were in danger of foreclosure.

Another issue that may contribute to the present situation is current reverse mortgage rules do not allow lenders to investigate whether borrowers have sufficient funds to maintain the property or pay the taxes.

Seniors, the report revealed, often didn’t understand the overall size of the loan, which can eventually grow and exceed the value of the property because interest is added to the loan amount monthly.

While the borrower is not required to repay more than the property’s value under federal rules, such a situation would indicate there would be no equity left to be distributed to family when the borrower dies.

The National Reverse Mortgage Lenders Association (NRMLA) is currently trying to work with the FHA to create new financial eligibility requirements in an attempt to prevent further issues. The eligibility process is made more challenging as income sources for seniors can’t be based on a salary like a typical loan; rather it often includes pensions, Social Security and savings.

As a result of the compounding issues surrounding reverse mortgages, several national banks have recently announced they will no longer offer them, a concern for emerging seniors who may have lost pensions or retirement funds. 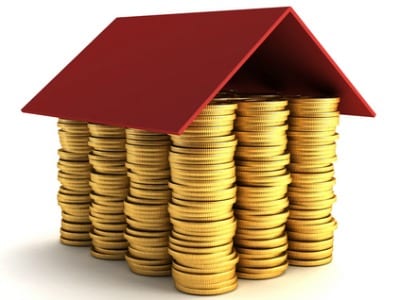