There is a new twist on the ages old discussion about how much is needed for retirement savings: Employers – not employees! – are taking the initiative.

The move essentially forces workers to start a retirement savings account, something a shocking number of Americans have failed to do. According to the National Institute on Retirement Security, nearly half the working-age households in the U.S. have no retirement savings at all.

Looking at households closest to retirement, ages 55-to-64, the families that do have a retirement account, have an average balance of just $101,000. That’s up 80 percent since 2008, but still woefully short of what most need to last them through 20-30 years of retirement.

“Things could be better, but the situation is not as bleak as you might think,” Jean Young, Senior Research Analyst at Vanguard said. “Half the people don’t have retirement savings, but half do and our research shows that another 25 percent could get to where they need to be if they take reasonable action. It may mean having to work a little longer and save a little more than they have, but they can get there.”

Default Rate on 401k’s Going Up

Employers aren’t waiting for their workforce to make a move. There is a growing backlog of workers staying at companies beyond expected retirement age because they aren’t set financially. Even with 10,000 workers a day retiring, more movement is needed to create space for younger workers. Offering more productive retirement savings programs is one way.

The 12 percent total is what many experts consider an ideal amount to set aside for retirement. The income from those investments, plus what you receive from Social Security, should allow seniors to have at least a comfortable retirement.

Some Increases to 401k Automatic

Along those lines, 70 percent of the companies in the Vanguard 401(k) programs have implemented automatic annual increases. The increases, usually one percent per year, are designed to move employees steadily closer to the 12 percent figure.

So, if an employee has set aside four percent of his salary to go to the 401(k) program in 2014 that amount automatically will be upped to at least five percent in 2015. It continues rising by one percent a year to as much as 15 percent at some places, unless the employee declines to participate. All 401k programs are voluntary. Employees can opt out anytime.

Few people opt out. The latest surveys show that 75 percent of eligible workers participate, a jump from the 67 percent that were in 10 years ago.

“What we’ve learned is that if you put people in a program, they will stick with it because they believe their company is looking out for them,” Young said. “Individuals want to save for retirement and they recognize that three percent is not really enough so as the rates increase, they pretty much go along with it.”

Experts in retirement planning have said that most people will need 10 times their final salary in retirement savings to live the same lifestyle they had when working. A very small group of retirees reaches that level and some economists dispute it as unrealistically high.

The argument is that a household’s expenses drop dramatically when children leave home and not nearly as much income is needed to maintain the same lifestyle. However, a study by the Boston College Center for Retirement Research said just the opposite happens.

The study showed that household’s increased contributions to retirement savings by less than one percent when the children left, thus most would not be able to maintain their pre-retirement standard of living. 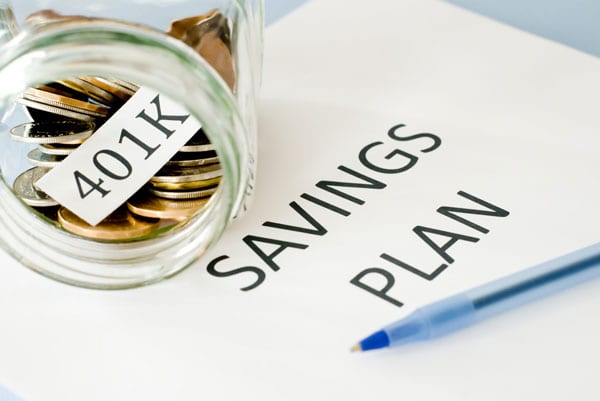