Capital One to Pay $210 Million in Refunds to Credit Card Customers, Fines

More than 2 million Capital One credit card customers can expect to receive money back this year after a recent investigation completed by the Consumer Financial Protection Bureau (CFPB) revealed deceptive banking practices. Capital One will pay $210 million in the form of refunds and regulatory fees, with a vast percentage of the money going back to customers. This is the first enforcement action led by the CFPB, a watchdog consumer agency created in 2011.

The CFPB focuses on educating consumers as well as supervising banks, credit unions and other financial companies. They also concentrate on enforcing federal consumer financial laws while protecting consumers from excessive or hidden fees, such as in the Capital One case. CFPB has been given the authority to charge companies involved in unfair, deceptive or abusive practices.

Capital One is being fined for pressuring their customers into purchasing often unnecessary add-on products when they opened credit card accounts. According to CFPB findings, phone sales operators often misled customers by telling them services such as payment protection and credit monitoring were mandatory or free when they were not. Operators also are said to have exaggerated the benefits of such services.

The CFPB investigation revealed when people called to activate their accounts, they were passed on to call centers. While some customers completed the process quickly without any pressure to purchase extra products, consumers with subprime cards or lower credit limits were subjected to eight-minute proposals while they waited for card activation. Some phone operators were said to have implied to bank customers with low credit limits or low credit scores that the product could help increase their credit scores. It was also reported a number of operators deceived customers on the cost of the program; some consumers were enrolled without giving their approval.

It was also discovered some consumers were sold “payment protection” that promised to cancel some credit card debt in the event he/she became sick or unemployed. The buyers who were sick already or without a job could enroll, but were not eligible to collect on a claim.

The operators were cited for attempting to trick people with poor credit to accept payment protection or credit monitoring products they either didn’t need or couldn’t use.

While the CFPB report revealed call center operators, a third-party vendor, did not always follow the scripts and instructions provided by Capital One, the bank is still being held accountable because of its unsuccessful oversight.

The large group of credit card customers who were taken advantage of will share $140 million as a result of this action. A $35 million penalty will be paid to the Office of the Comptroller of the Currency, and an additional $10 million will be refunded to customers for unfair billing practices and not creating a program to prevent unfair and deceptive practices. A portion of the penalty, $25 million, will be paid into CFPB’s civil penalty fund to be used to support financial education programs and repay victims of consumer abuse. Capital One was allowed to settle the affair without having to admit or deny any of the allegations.

Capital One customers who enrolled in the programs offered by the call center operators or tried to cancel their participation and were convinced to keep it on or after Aug. 1, 2010, will be refunded the amount paid for the products as well as any extra finance charges, interest paid or over-the-limit fees. Those people who are no longer Capital One customers should receive refund checks.

Capital One has agreed to stop promoting these products until a compliance plan is submitted and approved by the CFPB. 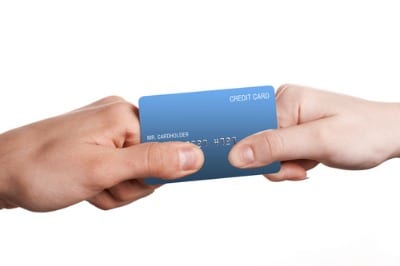