Excessive Spending Not Necessary At Thanksgiving

America’s holiday season has begun, which means excessive consumption is not only allowed, it’s encouraged.

At least until it’s your turn to pick up the bill.

There is no reason to wear out a credit card while celebrating with family and friends. Thanksgiving should be the simplest, most affordable holiday of the year.

The American Farm Bureau says you can feed a gathering of 10 all the turkey, mashed potatoes, gravy, vegetables, pie and side dishes they can eat for $49.41. That’s less than $5 a plate and the Farm Bureau swears there will be enough leftovers to do it again at least one more time.

Free Turkey? They’re Out There!

How is that possible? Cutting corners, of course, starting with finding a free turkey.

Ask the store manager at the store where you usually shop if there is a deal on turkeys during Thanksgiving. Some chains give away a free turkey just for shopping regularly with them. They might have a spending goal ($100 in a week, $400 for a month) you have to reach, but if it’s your regular grocery store, you’re going to spend that much anyway, so why not get a free turkey.

Other grocers offer buy one, get one free specials on turkeys. If you don’t have freezer space to store the spare turkey, ask a neighbor if they want to share the cost or donate the extra bird to a family that might not have one. Either way, you win.

If you have to buy the turkey, there are plenty of online sites and apps offering money-back coupons. Buying a frozen turkey will save you another 30-40 percent over a fresh one and it’s not like the cost is overwhelming to begin with.

Stores get you in to shop by dramatically reducing the price on turkeys the weeks before Thanksgiving. They make money when you buy the stuffing, gravy, sauces, veggies, drinks and other specialty items that make up excessive meals, not to mention excessive credit card bills.

Don’t overspend just because it’s a holiday. If the cost is climbing faster than your budget allowed, make it a potluck event. Ask the family or friends coming to dinner to contribute a side dish, drinks or dessert. It not only reduces costs, it improves the quality of the meal because people are inspired to bring their best dish at Thanksgiving.

The other major cost at Thanksgiving is transportation for out-of-town guests, but that shouldn’t be a big deal this year. The American Automobile Association says that holiday travelers can gas up for somewhere near $2 a gallon in most parts of the country. The national average on Nov. 16 was $2.16 a gallon, down from $2.81 this time a year ago and $3.27 at Thanksgiving in 2013.

If flying is the only practical way to go, the popular thinking is that getting on a plane Thanksgiving Day is going to save you $100 or so per ticket. That was the case if you booked your flight months ago, but on Nov. 17, there was no difference, or very little on flights involving popular destinations.

For example, you could fly from New York to Orlando (the two most popular Thanksgiving destinations) the day before Thanksgiving and return Sunday for $496. Taking off on Thanksgiving Day and going the same route, also cost $496.

If you chose the next two most popular destinations – Chicago to Los Angeles – the price for a Wednesday-Sunday itinerary ($350) was only $25 more than the Thanksgiving Day-Sunday flight ($325).

Not many people are confident enough in airline pricing to wait that late to make reservations so it probably makes sense to book a flight on Thanksgiving Day as opposed to the day before. If nothing else, the lines at the airport should be considerably shorter. 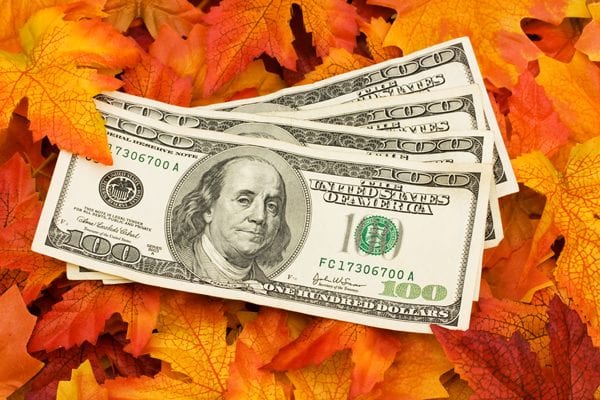