Is the Economy Getting Better or Growing Worse? It Depends

There are so many mixed signals coming from all sectors of the U.S. economy that you need a linguist to properly interpret the flow of information.

Depending on where you get your news from – or whom you allow to interpret it for you – the economy is gathering steam and happy days are just around the corner … or, we’re all still on a cliff, scared to death that another recession is waiting to swallow us whole.

Consider this brief list of economic announcements that were made last week:

What Do Stats Tell Us?

So where are we economically? If we’re earning less, but spending more; if people want to buy our house, but we won’t put it up for sale; if we’re paying down our debt, but taking out more loans … what does that all mean?

Again, it depends where your information comes from. It is rare to find two opinions that agree on what direction we’re headed.

For example, the information coming from President Obama’s administration paints a positive picture of a slow, but steady recovery from the Great Recession of 2007-2009.

The housing industry, always the easiest indicator of which way the economic wind is blowing, appears to be flying in a positive director. Housing starts are up to about 900,000 a year, the third straight year of growth. Single-family home prices are up in 88 percent of U.S. cities. Realtors say it is not unusual to get as many as 10 bids for a home. One home in Washington, D.C., actually received 189 bids and sold for twice its original listing price.

“Our economy is headed in the right direction and will stay that way as long as there aren’t any more self-inflicted wounds coming out of Washington,” Obama told White House reporters in early February.

Ah, but Washington can’t get out of the way. Congress and Obama couldn’t come up with a solution for sequestration, and automatic spending cuts throughout the government went into place over the weekend.

The places most obviously affected by $85 billion in spending cuts would be areas with military bases and personnel; restaurants; IT providers; health care industry; education; roads and bridges; and Defense contractors.

A poll conducted by the Pew Research Center and The Washington Post found that 60 percent of those surveyed expected sequestration to have a major effect on the economy and 62 percent thought that effect would be negative.

Even Obama wants to hedge his bets on where the economy is going.

“Not everyone will feel the pain of these cuts right away,” he told reporters. “The pain though will be real. Beginning this week, many middle-class families will have their lives disrupted in significant ways,”

Meanwhile, the Thomson Reuters/University of Michigan poll on consumer confidence rose four points (77.6 from 73.8 in January) last month. The poll also found fewer Americans worried about unemployment and more feeling better about the direction of the economy. 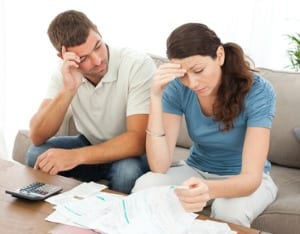 Home > Blog > Is the Economy Getting Better or Growing Worse? It Depends