After years with little or no oversight, more than 30 U.S. consumer reporting firms will fall under the eye of the Consumer Financial Protection Bureau (CFPB) starting September 30.

It is the first time these firms, which include industry leaders like Equifax Inc., Experian and TransUnion, will come under such federal scrutiny. The credit bureaus account for 94 percent of the $4 billion credit reporting market.

The new oversight is expected to help maintain some uniformity and ensure erroneous information is removed in a timely manner.

CFPB representatives said the bureau will reinforce laws already in place as well as create new rules when needed. The new oversight may consist of on-site examinations and make it mandatory for credit bureaus to file reports.

Formed in 2011, the CFPB has concentrated on educating consumers and giving them a voice as well as supervising banks, credit unions and other financial companies. They also focus on enforcing federal consumer financial laws.

The credit-reporting agencies maintain more than 200 million consumer files, which include vital personal information such as the history of loan and credit-card payments. The overall collection of data eventually leads to individual credit scores.

Credit reporting has evolved over the past 100 years. Credit reporters at the turn of the 19th century would go from merchant to merchant making notes regarding reliability and repayment history. As time went by, the credit-reporting business grew to include account payment histories and eventually the invention of computers could make files available nationally. The Fair Credit Reporting Act, enacted in 1970, became the first law to regulate consumer reporting as well as the actual reports.

A recent year-long independent investigation by the Columbus Dispatch newspaper revealed issues in the manner credit bureaus collect data and the way disputed information is processed.

The study incorporated 30,000 consumer complaints filed with the Federal Trade Commission and attorneys general in 24 states.

It was estimated within the study that close to 30 percent of all credit reports contain errors which could impact a consumer’s ability to obtain credit. A low credit score could ultimately increase the interest rate associated with loans and credit cards and in some instances, alter the chances of qualifying for a car or house.

A 2009 report by the National Consumer Law Center indicated studies completed by the United States Public Interest Research Group and the Consumers Union discovered errors serious enough to cause denial of credit in 25 percent of credit reports.

It’s important to note credit reporting agencies do not determine credit worthiness; rather they consolidate the information reported to them. Inconsistencies between the top three national agencies may occur when companies fail to report information to every agency. 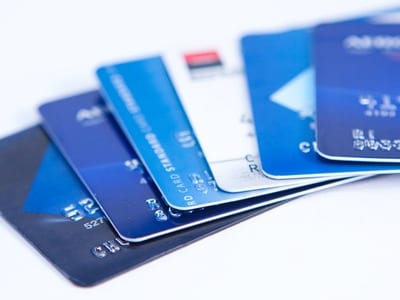