It came down to the wire, but Congress finally voted to help out millions of current and former college students who have accumulated up to $1 trillion in student loans.

Congress last week approved legislation to keep interest rates at 3.4 percent for new subsidized Stafford loans in the government’s Direct Stafford Loan program, funded by the U.S. Department of Education. The lower rate is effective for one year, until June 30, 2013.

Had Congress not acted, the rate would have doubled to 6.8 percent. The change saves an estimated 7.4 million students an additional $6 billion for the year on their subsidized Stafford loans.

America’s overall student loan debt is escalating and is now estimated to be between $867 billion and $1 trillion, according to the Federal Reserve Bank of New York.

According to figures supplied by FinAid.org, a student loan-tracker, freshmen who borrow the maximum allowed loan amount of $3,500 for their first year of college, can save between $700 and $1,719, over the life of the loan, depending upon how it is repaid.

At the same time, other changes are expected to increase costs for some college students by an estimated $20 billion.

For example, students now entering graduate school will no longer be able to apply for subsidized federal direct loans.  Formerly, the federal government had paid the interest on these subsidized loans while graduate students were still in school and for six months after graduation.

That subsidy was eliminated during last year’s debt ceiling debate in Congress, in an effort to cover a shortfall in the funding of low-income student loans.

The change is expected to cost graduate student borrowers an additional $18 over the next decade, since the interest on their federal loans must now be paid while they are still in school and immediately after graduation. The interest rate on unsubsidized and all graduate Stafford loans is 6.8 percent.

Similarly, the government will no longer pay the interest on subsidized undergraduate loans during the six month grace period after students leave school. The added cost to those students is expected to be more than $2 billion per year. The change applies to new loans issued through July 2014.

Finally, a 2011 executive order issued by President Obama to allow borrowers to consolidate multiple loans into one direct government loan while effectively lowering the overall interest rate by as much as one half a percentage point, ended on June 30.

According to the U.S. Department of Education, only 440,000 of the 5.8 million eligible borrowers applied for the program before the cut-off date.

These students have loans totaling $10.6 billion. Borrowers who missed the deadline can still apply for the loan consolidation program, but are too late for the interest rate reduction.

On July 1, several significant changes took effect in the federal government’s student loan programs that will decrease borrowing costs for some students while raising them for others. 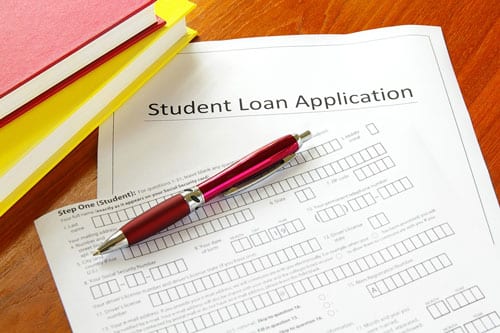