While the once sluggish real estate market has reportedly been on an upswing in recent months, it may actually become more challenging to take advantage of current low housing prices and interest rates. Recent reports indicate the ability to attain a mortgage and secure a top-notch interest rate is becoming more difficult for some as banks modify their lender standards and requirements.

A recent Federal Reserve report revealed the mortgage industry as a whole has become more restrictive this year as lenders now require better credit scores and a larger down payment to qualify for a loan than they did just six years ago.

In 2012, the Federal Reserve completed a survey of 58 domestic banks and 23 U.S. branches and agencies of foreign banks to determine if qualifications for Government-Sponsored Enterprises (GSE)-mortgages had become more stringent over time. GSE mortgages include the Federal National Mortgage Association (Fannie Mae) and the Federal Home Loan Mortgage Corporation (Freddie Mac) which operate with the backing of the U.S. government.  There were more than $1 trillion worth of GSE mortgages originated in 2011, which accounted for 75 percent of all mortgages in the United States.

According to the April 2012 Senior Loan Officer Opinion Survey on Bank Lending Practices conducted by the Federal Reserve, banks were asked to compare their readiness to originate a GSE-eligible 30-year fixed rate mortgage today with their willingness in 2006, based on the Fair Isaac Company (FICO) credit risk scores.

Most lenders depend on the FICO model used by credit bureaus to evaluate credit worthiness. The loan and the interest rate extended by a bank is often based on this FICO score; the higher the score, the lower the rate. While the scale goes up to 850, a score of 740 or higher typically qualifies a borrower for the best mortgage rate available from most banks. The score is calculated based on a combination of payment record, outstanding debts, credit charge-offs and amount of credit cards held.

According to FICO data, an estimated 18 percent of Americans have scores between 800 and 850, with 15 percent ranking below 550.  Lower scores receive higher rates, which can add up over time.

According to the Federal Reserve report, a large percentage of banks stated they were not as likely to originate a mortgage to potential borrowers with a FICO score of 620 along with a 10 percent down payment as they may have been just six years ago. If the potential borrower increased the down payment to 20 percent, reports indicated only a few banks were somewhat more likely to originate the loan.

Most banks, according to the report, indicated borrowers were less likely to obtain a GSE-eligible mortgage loan because of the increased difficulty in securing mortgage insurance along with the higher costs of such insurance. Survey respondents also cited the higher risks of delinquent mortgages as well as the uncertain housing market and economy in general.

These new standards, according to financial experts, may slow the housing market as not as many people will be able to meet the criteria to obtain a mortgage, especially in the current economy and housing market. 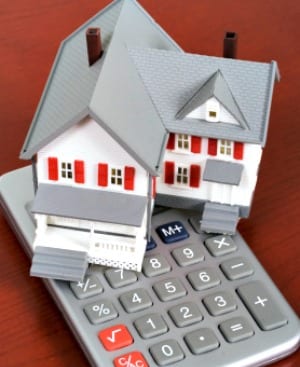