As if tax season isn’t difficult enough, taxpayers must now be on alert for suspicious activity that could indicate that they are victims of tax-related identity theft.

During last year’s tax season, the Internal Revenue Service (IRS) received about 450,000 claims of fraudulent tax returns, an 80 percent increase from a year earlier. Such crimes have cost the government billions of dollars each year since 2008, when the crime started becoming more prominent.

Identity thieves typically use victims’ Social Security numbers to file fraudulent tax returns early in the filing season. Their goal is to obtain unwarranted refunds as early as possible, before most people prepare their returns.

They often target people who are unlikely to file tax returns – the deceased, the poor, prisoners and children – to minimize the risk of duplicate returns.

Although the IRS is attempting to curb fraudulent activity and address reports in a timely manner, the crimes show no indication of slowing.

IRS efforts seem to be working. The IRS was able to stop the distribution of more than $20 billion in fraudulent refunds last year, an increase of $6 billion from the year prior.

This Year: What to Expect

This year is gearing up to be even more successful in terms of stopping fraudulent activity. By the end of January, authorities had already taken action against nearly 400 suspects, four times the amount from last January.

And February started off with a bang.

Earlier this month, federal prosecutors accused a group of 11 people of stealing the identities of nearly 7,000 individuals with intent to defraud the IRS. The group allegedly plotted to request $34 million in federal tax returns using stolen information. The South Florida individuals did receive some refund money before being caught; police are now seeking to seize four cars and about $443,000 from bank accounts.

What to do if Your Identity is Stolen

The IRS gives these guidelines to spot tax fraud relating to identity theft:

If you learn about any such suspicious activities, contact the IRS immediately. Tell a representative that you suspect identity theft. If you discovered odd activity via a letter from the IRS, ask if it is real and correct. If your tax return has been compromised, an IRS representative can help you take appropriate action to remedy the situation.

If you believe you are a victim of identity theft unrelated to your taxes, contact the IRS Identity Protection Specialized Unit at (800) 908-4490. An IRS employee can help you take appropriate steps to protect your personal records, including protecting your tax records from potential threats. 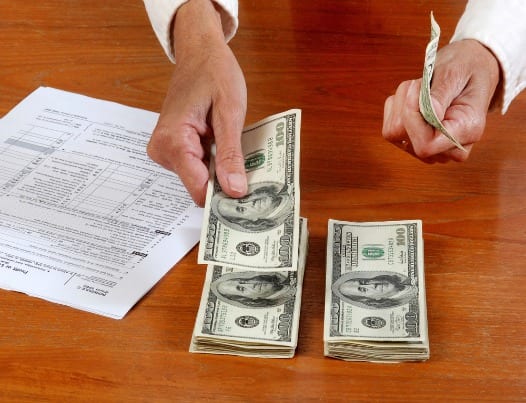