Avoiding Medical Debt after Unexpected Death of a Parent

My mother passed away six months ago.

It amazes me how fast time goes by. It feels like just yesterday when I was standing in line at Universal Orlando’s Halloween Horror Nights, braiding my little sister’s hair as my mom braided mine.

If there’s something I miss most about her, besides her sometimes-inappropriate humor, and her laugh, it’s her touch. There’s really nothing more warming than holding hands with mom or a big hug just because.

Sometimes I forget that she’s not here. Everything happened so fast, so unexpected. It was one of those things that you sympathize with others about, but never imagine it could happen to you.

She was in ICU for three days. It felt like weeks.

At one point, it was just a waiting game for all of us. So, I left the hospital because there was nothing else I could do. Sometimes, I wish I never did. The drive back to the hospital on that third day was the worst drive I’ve ever made. My mom wasn’t married when she passed. As her oldest child, I had to assume full financial responsibility – and quickly. I had about five minutes of bereavement before it was all paperwork and business.

I needed to call work, friends and family, make funeral arrangements, sign release forms, gather all her information and sort through her files at home.

My mom didn’t have life or health insurance and I wasn’t quite sure about anything else. I knew there was going to be a wrongful death claim from the car accident, but even if we won the case, the money wouldn’t come in time to help pay for the funeral happening in four days.

Funerals aren’t cheap; especially for a Thai and Laotian family with hundreds of family members everywhere. Everyone knew her and everyone loved her. The chapel hall didn’t have enough seats to hold friends, family and others who came to pay their respects.

The average cost of an adult funeral is $6,560. The total cost for my mom’s funeral was about $25,000. It was all paid out of pocket by family members and donations from friends.

In our culture, funeral ceremonies are generally spread out over a one-week span. The preparations include booking the funeral home, organizing the reception, and purchasing a casket, urn and floral arrangements.

We also invite Buddhist monks into our home and provide offerings for them for the duration of the ceremonies.

Providing a week’s worth of food for more than 100 people is costly. Thank goodness we had really supportive friends and family who helped out.

This was all new to me. I figured someone would take care of the hospital bills, but I didn’t know who.

I just assumed that’s what happens when someone passes. I thought it’d be enough for a family to grieve over a loss without asking them to worry about medical costs.

My aunt is the one who took the leadership role when it came to the medical expenses. She didn’t want me to worry about the $600,000 bill on top of everything else.

She applied for Medicaid for my mother’s hospital bills about two months after she passed. The letter of approval we received a month later was the best news that we had heard in a while.

The Florida Medicaid plan was now going to cover my mom’s 20-plus medical bills.

It’s such a relief when money is one less thing that you need to worry about. It would have helped if my mother had health and life insurance, but my family and I still managed to work with each other and the providers to get everything worked out.

While unexpected events happen more often than we like, it’s important to expect the unexpected. However, not everyone has that opportunity or foresight. My advice: Take a breath, embrace what you have, and should something sudden come your way, don’t panic. There are people out there who are willing to help with your medical debt if you ask. 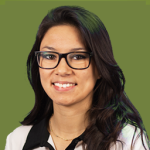